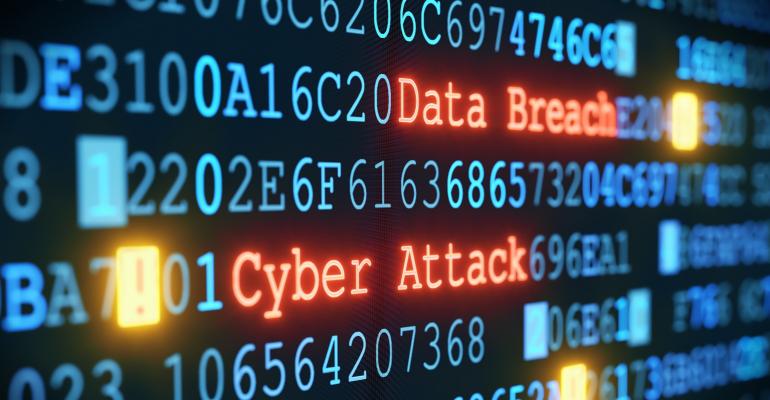 Outdated infrastructure, Internet of Things threats, the proliferation of technology, and Internet trust are among the issues that experts predict will cause the biggest problems for security pros by 2022. Businesses will face crises as attackers exploit immature technologies and unprepared victims.

The Information Security Forum's (ISF) "Threat Horizon 2022" outlines nine threats, broken into three themes, that organizations can expect to face in two years. ISF has been releasing these reports for more than a decade to help security practitioners prepare for the years ahead.

"The main purpose of the Threat Horizon is to allow organizations to have the risk discussion, assess vulnerabilities, and have a common set of potential threats they can discuss across the business," explains ISF managing director Steve Durbin. Sometimes, he says, a threat predicted to affect businesses in one year may evolve to become a different kind of threat in two years. ISF saw this with biometrics, which were predicted to offer "a false sense of security" in 2020.

Now we're seeing a new threat around biometrics, Durbin says. "What we've seen more recently is the impact of biometrics, or the threat in the way biometrics are used and stored," he explains, referring to social media's collection of facial data as an example. In 2018, ISF predicted artificially intelligent malware would amplify attackers' capabilities; its latest report anticipates businesses will need to worry about AI's role in creating deepfakes on the Internet.

"Not only is it an issue in malware, but it's also turning up in the way digital content can be manipulated by AI and undermine digital communications," Durbin explains. The threats in ISF's report shouldn't be viewed in isolation; they can be combined to create much deeper issues.

The first theme outlined in ISF's 2022 report points to invasive technology disrupting everyday life. "It's about our total dependence on technology," Durbin explains. "There's really very little anyone does now without some element of technology involved in it." More devices are now equipped with cameras and/or microphones, and there is a "constant stream of data" passing between the digital and physical worlds. This proliferation of data creates challenges to privacy, to securing personal information, and to the way in which people begin to behave.

The third prediction related to behavioral analytics, which ISF believes will create a "consumer backlash." Businesses using a connected network of devices to develop behavioral analytics will face harsher scrutiny as this practice is considered invasive and unethical. Our smartphones, closed-circuit TV cameras, and public Wi-Fi are collecting unprecedented amounts of data about our lives.

"It builds up this huge picture of an individual that can be used not just by attackers but by governments and organizations," says Durbin of this personal data. "Understanding all of that, really, I think transforms the way in which we view technology and our use of it." As people recognize the value of their data, they will demand greater transparency in data collection.

Are they currently aware of how their data is collected and used? Durbin says no. "I don't know the majority of the public have gotten to that point," he says.

How "Forgotten IoT" Exacerbates Security Risk
The second overarching theme relates to how outdated infrastructure will put businesses at risk. Experts predict that edge computing for industrial processes connected to the IoT "will be a natural architectural choice" for organizations but will become a key target for attackers, creating several points of failure and canceling the benefits of traditional security strategies.

In terms of connected devices, Durbin says "the real challenge" will be the "forgotten IoT," a term he uses to describe poorly secured, unpatched, network-connected devices that could put businesses at risk. The IoT is not new, he emphasizes, and there are billions of devices that have been connected to networks for years and abandoned.

"I think people are very much more aware of the fact they need to have things like an IoT asset inventory when they put these devices out into industry, in particular," he says. Larger-scale firms, especially in the industrial space, have begun incorporating IoT sourcing strategies and rigorous procurement processes. Still, old systems will continue to pose problems. "We're in a better place going forward than we ever were, but we're having to deal with legacy," he adds.

Business to Face A 'Crisis of Trust'
As previously mentioned, ISF predicts organizations will be challenged by a proliferation of manipulated digital content, which could be used to spread disinformation and undermine trust in organizations. Those that don't adopt transparency or use technology in unethical ways will be targeted by activists who seek to expose their abusive behaviors.

As a new generation of employees enters the workplace, ISF anticipates they will bring a new attitude and approach to cybersecurity. "I don't know that any one of them is better than the rest," says Durbin of generational gaps. "I think they're different, and I think they put challenges on the organization to have effective security awareness and training programs."

Generation Z, the newest group to enter the workforce, has spent the majority of their lives online. They do things differently than the employees a generation older than them. That's fine, Durbin says, but it demands security teams ask new questions: What is the likelihood that someone used to skimming the Internet will spot a phishing scam? How susceptible will they be to social engineering attacks?

"You need to think about the user, rather than think about organizationwide policies," he says. Most policies in place have followed a standard, and new employees with new attitudes could prompt businesses to rethink the standards they have in place. After all, Durbin adds, you can't change an entire generation of workers.