Green IT
brought to you by
News 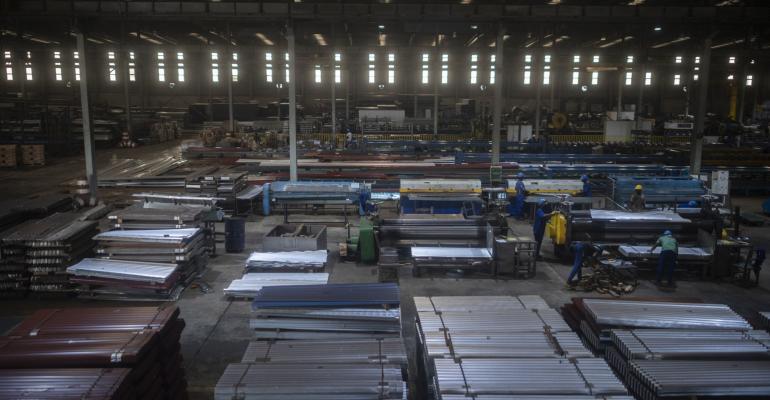 While the world must reduce emissions to zero, reaching global climate goals is going to require pulling down existing greenhouse gases from the atmosphere. The latest big tech investments will help pay for technologies that remove carbon dioxide from the air.

(Bloomberg) -- A US-led initiative has attracted $300 million from Microsoft Corp. and Salesforce Inc. to pay for technologies that remove carbon dioxide from the air.

Since launching last year, the First Movers Coalition has gathered $10 billion in commitments to new technology developments — ranging from electric airplanes to green steel — across carbon-heavy industrial sectors. In partnership with the World Economic Forum, the FMC now has more than 50 companies and nine governments agreeing to push for green alternatives in aviation, shipping, steel and trucking. “It sends the strongest signal that we could send to the market about demand for clean alternatives,” said John Kerry, US climate envoy, in an interview at the WEF’s annual meeting in Davos, Switzerland.

“Today is a great milestone in a very difficult longterm project,” said Bill Gates, who founded Breakthrough Energy, which is working to accelerate decarbonization technologies. Breakthrough Energy is also advising the FMC on operations, according to Kerry. Gates spoke at a press briefing hosted by the WEF in Davos on Wednesday.

While the world must reduce emissions to zero, reaching global climate goals is going to require pulling down existing greenhouse gases from the atmosphere. The recent injections of cash could give a nascent industry great momentum.

That’s what the FMC hopes to achieve in other sectors, including aluminum, cement and chemicals. Reducing the carbon footprint of these sectors, which are responsible for a third of global emissions, has so far been pushed away as too expensive a problem to solve. The world has mostly focused on technologies like solar and wind power or lithium-ion batteries that have become cost competitive with their fossil-fuel alternatives.

John Kerry, left, and Xie Zhenhua, China's special envoy for climate change, during a panel session on day two of the WEF in Davos, Switzerland, on May 24, 2022. Photographer: Hollie Adams/Bloomberg

The US government under President Joe Biden has struggled to pass comprehensive domestic climate policies, but Kerry has notched up diplomatic wins abroad including a joint announcement with China at the COP26 meeting in Glasgow and signing up tens of countries to cut methane emissions within this decade.

Even then, he said the FMC initiative is one of the strongest climate achievements from his team.

The FMC’s country partners include, among others, India, Japan and the UK. The goal of the FMC is to not only get large companies like auto giant Ford Motor Co. and cement maker Holcim Ltd. to buy clean alternatives, but also motivate countries to set policies such as tax incentives or carbon pricing to aid the deployment of green technologies at a faster pace.

One might also view coalition membership as an insurance policy in case a country partner goes through political changes, such as the US electing a climate-skeptic president. “It wasn’t designed for that, but that’s obviously the byproduct,” said Kerry.