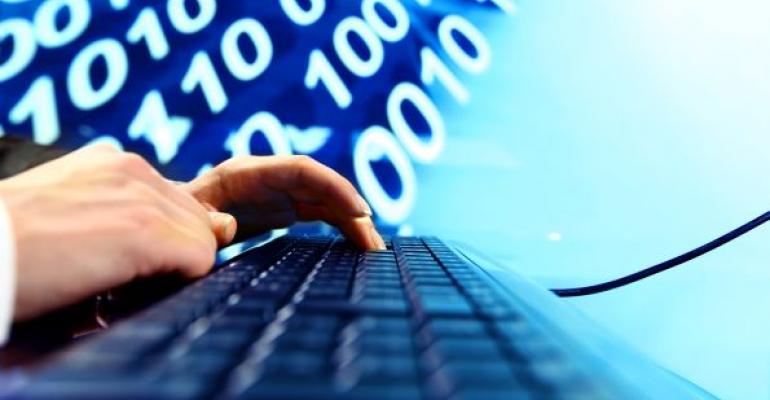 Authentication is the process that helps a web server confirm the identity of the clients who request access to the server’s websites and applications. Authentication is a fundamental and crucial service—especially if the web server hosts private information or mission-critical applications. Microsoft Internet Information Services 7.0 (IIS)—the web server that’s bundled with Windows Vista and Windows Server 2008—includes several authentication options, both new options and updates to those in earlier IIS versions. We’ll look at how the new authentication features compare with those in previous IIS versions and how they can help you improve control of IIS authentication and your web server’s security. Table 1 compares the different IIS 7.0 authentication protocols. (To learn more about other security-related changes in IIS 7.0, see “Unleash the Power of Microsoft Internet Information Services 7.0's Security Features,” October 2007.)

A significant change in IIS 7.0 is that these authentication mechanisms aren’t automatically available on each IIS 7.0 installation, as they were in IIS 6.0 and IIS 5.0. Microsoft calls this feature componentization, and it’s a direct consequence of Microsoft’s efforts to further reduce the attack surface of its web server. Componentization means that when you do a fresh IIS 7.0 installation, Windows installs only a bare minimum of software modules, which enable the server to serve static web content to anonymous users. This means that none of the previously mentioned authentication options is available by default. You must explicitly add the authentication options you want during the IIS installation process.

You can select the authentication components you want to make available on your IIS 7.0 server from the Select Role Services page in the Add Roles Wizard during the web server installation, as Figure 1 shows. (See “Unleash the Power of Microsoft Internet Information Services 7.0’s Security Features” for more information about IIS 7.0’s componentization.)

If you double-click the Authentication icon, you’ll get a list of all available authentication methods, as you can see in Figure 3.

To set the client certificate–based authentication options for a web server or site, you must use the SSL Settings icon in the IIS pane, as in Figure 2.

On a fresh IIS 7.0 installation, only anonymous authentication is enabled by default. To actually authenticate a user to your web server, you must first disable Anonymous Authentication in IIS Manager, then enable one or more of the other authentication methods.

An easy and powerful option for automating configuration of IIS 7.0 authentication methods is to use the Appcmd (appcmd.exe) command-line utility. For instance, you can use appcmd.exe in a batch file to configure the web servers of a web farm. The Appcmd tool is available on all IIS 7.0 installations. To disable anonymous access, you’d use an Appcmd command like this:

The -section switch points Appcmd to the IIS anonymous authentication configuration section, and the -enabled:false switch disables anonymous authentication. Note that appcmd.exe is located in the %systemroot%\system32\inetsrv\ directory. Because this file system location isn’t automatically part of a Server 2008 or Vista system’s PATH environment variable, you must use the full path to the appcmd.exe executable when executing Appcmd commands. You can also manually add the Inetsrv directory to your machine’s PATH environment variable, so that you can access appcmd.exe directly from any file system location. (For more information about Appcmd, you can find a good introduction to using the tool at http://learn.iis.net/page.aspx/114/getting-started-with-appcmdexe.)

Anonymous Access
Web sites that host public information typically don’t care about a user’s identity. For these sites, authentication exchanges are just overhead that slow down the information access. This is why web servers include a mechanism to support unauthenticated, anonymous access.

IUSR is very different from IUSR_computername. First, IUSR is a built-in predefined account that doesn’t have a password. This means that it can’t be used to log on and will never expire or get locked out. This also means that you don’t have to do password maintenance for the IUSR account. If you open either the MMC Active Directory Users and Computers or Local Users and Groups snap-in, you won’t find the IUSR account; it’s a hidden account, similar to the NetworkService and LocalService accounts.

Second, IUSR is present and identical on all IIS 7.0 systems in your Windows environment. The IUSR account is a generic built-in account; it isn’t localized as is the IUSR_computername account. This means that if you set a file’s ACL to Deny for the IUSR account and copy that file and its ACL to another Vista or Server 2008 system, the ACL will still be valid on the target system (unless, of course, the file’s original ACL is overwritten on the target system by inherited permissions that are defined in a parent folder’s ACL). This helps web server replication and recovery (identical access control entries for the guest account can be leveraged on different systems, and no re-ACLing for the guest account is required during system recovery) and simplifies administration (you can leverage a single guest account on all IIS 7.0 web servers in your environment, no matter how many web servers you have).

You can change the anonymous access credentials to an account other than the default IUSR by using IIS 7.0 Manager’s Edit option for Anonymous Authentication. Remember, though, that if you do so you lose the advantages associated with the use of IUSR (e.g., no password maintenance, identical SIDs).

During a basic authentication exchange, the credentials are encoded using Base64, which can be decoded relatively easily. Base64 encoding stores every three eight-bit characters as four six-bit characters. To see how easy it is to decode Base64, you can use an online Base64-decoder tool, such as the one at http://base64-encoder-online.waraxe.us. To better protect your basic authentication-credential exchanges, you must secure them using the Secure Sockets Layer/Transport Layer Security (SSL/TLS) protocols. (For more information about configuring SSL/TLS on IIS 6.0—similar to the IIS 7.0 SSL/TLS configuration, see “Configuring SSL/TLS,” March 2006.)

You can enter a realm name to give the user a sense of what he or she is authenticating to—although I recommend that you don’t specify a realm in IIS 7.0. In previous IIS versions, the realm was used to restrict access to certain levels of the IIS metabase. But the metabase no longer exists in IIS 7.0, so specifying a realm is of little use—and I suggest you simply leave the realm field empty. In contrast to the default domain, the realm name is sent to the web browser as part of the basic authentication exchange and also appears in the basic authentication dialog box, as Figure 4 shows.

Windows authentication also has some less-attractive features. For example, NTLM authentication doesn’t work across most HTTP proxies because it requires persistent point-to-point connections between the web browser and server. The IIS web server keeps the HTTP connection open for the duration of the NTLM challenge/response sequence. But web proxies typically close the HTTP authentication connection after they receive a 401 Access Denied HTTP error message (which is a part of the NTLM challenge/response sequence). Notable exceptions to this rule are the Squid proxy (www.squid-cache.org) and Microsoft ISA Server running in proxy (cache-only) mode: These proxies can deal with NTLM authentication traffic. A possible workaround for the NTLM proxy issue is to tunnel the HTTP traffic using, for example, an IPsec or L2TP tunnel. But then again, few organizations allow the creation of VPN tunnels that bypass their proxies and/or firewalls.

Kerberos authentication is available only on IE 5.0 or later browsers and IIS 5.0 or later web servers. For Kerberos authentication to work, the browser user and web server must be in the same or a trusted Windows 2000 or later domain, the browser must have permanent access to a DC (which means that you must open Kerberos TCP port 88 on your firewalls), and the web server must have a valid Service Principal Name (SPN) that’s registered in AD.

Given these limitations, Windows Authentication is best suited for intranet web authentication and is unsuitable for authentication in an extranet or Internet environment where web browsers and servers are separated by proxies and firewalls.

IIS supports a mapping mechanism that lets administrators map client certificates to AD or SAM (the local security database on a standalone Windows machine) accounts. This mapping enables both strong authentication and authorization simultaneously: External users can authenticate to web content using certificates, and administrators can use an internal account for setting permissions on their resources and constraining what data external users can access.