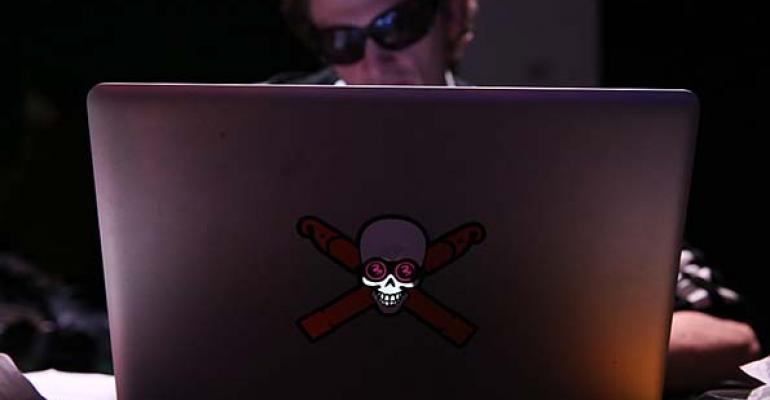 Security Sense: The Personalities Behind the Hacktivists

I was listening to my favourite security podcast the other day and in particular, this interview with a hacktivist named Lauri Love. I’d really encourage you to have a listen to what Lauri has to say before reading on because it’ll give you some genuinely interesting insight into what I’m about to say.

When you hear Lauri speak, the first thing you’ll probably think is “wow, he sounds like a really nice guy”. And he does; he’s polite, articulate and I’m sure it’s not just the cultured British accent, but he sounds like a genuinely smart guy. The problem with Lauri though is that he could go to jail. For 90 years. Now who knows what the charges would ultimately amount to and what penalties would be sought if he was found guilty and then indeed how long he’d actually serve, but 90 years!

Now the host, Patrick Gray, does an excellent job of putting that potential sentence into context so I won’t dwell on it here. What I wanted to look at instead is the personalities behind individuals like Lauri because it’s massively at odds with the personas they portrayed whilst wreaking havoc on the internet.

Three of the individuals mentioned in the podcast are perfect examples: Jake Davis, Ryan Clearly and Hector Monsegur. They were all part of the hacktivist collective known as Lulzsec that rose to infamy in 2011. Whilst on the loose, they guys personified so many of the traits that most of us would consider to be, well, “undesirable”. Brash, obnoxious, inflammatory, sexist, abusive and all sorts of other behaviours that people will stoop to when they think they can get away with it. In their cases, anonymity brought out the worst in them and it made me think of that classic New Yorker cartoon of the 90s – “On the internet, nobody knows you’re a dog” – because they were able to fabricate online personas but in reality, their personalities were far removed from this.

As each of these individuals was caught, tried and consequently sentenced, we saw very different personalities arrive. Both Jake and Ryan turning up to court with their mums, for example (they were still teenagers during many of their exploits). Hector turning informant, in part to protect his young cousins from losing their father figure (he was older, but still only 28 at the time). Once in the public eye, they became normal people behaving in normal, socially responsible ways and not just because they were contrite either, but because they weren’t “bad guys” in the traditional criminal sense to begin with.

We’ve all been young adults in the past and we’ve (probably) all done stupid things that better judgement would keep us from doing in our later years. But where we might have gotten a proverbial kick up the backside from our parents or local law enforcement, these guys now find themselves facing what could be (at least in Lauri’s case), a life sentence. Now don’t get me wrong – they need that kick up the bum – but you can’t listen to someone like Lauri and not think he sounds like a decent bloke who might possibly contribute many wonderful things to society.

I regularly chat with individuals who demonstrate these same behaviours whilst anonymous. Often brash, confident and feeling indestructible, conducting themselves in a way that works just fine whilst nobody knows who they are, yet if eventually de-cloaked may lead them to a fate similar to Lauri’s. I don’t know what the answer is, perhaps it’s an inevitability that petulant youths will play up, but I do hope that anyone involved in those activities who reads this takes a moment to think about where it may all be heading for them. And for others who judge the hacktivists purely on the personas they portray whilst anonymous, it’s worthwhile listening to Lauri and remembering that there’s actually some really switched on, genuinely nice folks behind those anonymous personas.