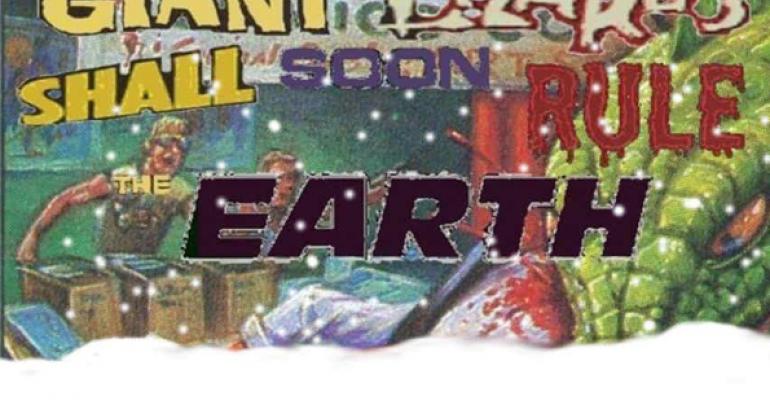 A hacker group called Lizard Squad has taken credit for shutting down Microsoft's Xbox Live and Sony's PlayStation Network (PSN) separately over the past several days. And now the group says it will continue wreaking havoc throughout December, and will take down Xbox Live on Christmas day.

The group communicates largely via Twitter, where it delights in its takedowns—with messages like "Xbox Live #offline" and "PSN Login #offline #LizardSquad," lampoons attempts to stop it, and makes threats.

"This will be an entertaining weekend," on tweet notes. "Unlike Santa, we don't like giving all of our Christmas presents out on one day," another tweet reads. "This entire month will be entertaining."

According to reports—I can't get too far into the group's childish Twitter stream before my mind wanders—Lizard Squad used distributed denial of service (DDoS) attacks against both Xbox Live and PSN, effectively clogging the networks with traffic so that real users couldn't use the services. Neither Microsoft nor Sony has confirmed that a DDoS attack was used, and both have offered just generic maintenance information during the outages.

Looking ahead, Lizard Squad has threatened to bring at least Xbox Live down on Christmas day, a move that could ruin the holiday for millions of people. "Microsoft will receive a wonderful Christmas present from us," the group claimed via a series of tweets on Twitter. [Last week's outage is] "just a small dose of what's to come on Christmas ... This is not a threat but a promise ... On December 25 aka Christmas, we will tap in to Microsoft and shut down Xbox Live, FOREVER! So enjoy it while it lasts."

At the time this article was written Monday morning, Sony reported that PSN was online. But over the weekend, some users were greeted with error messages such as "Page not found" and "It's not you. It's the internet's fault."

Meanwhile, Xbox Live is reporting "limited" access to core services from the Xbox 360 only. "We're working hard to provide a fix as soon as possible," a support page notes. "Thanks for your patience, Xbox members. We'll let you know as soon as we know more."