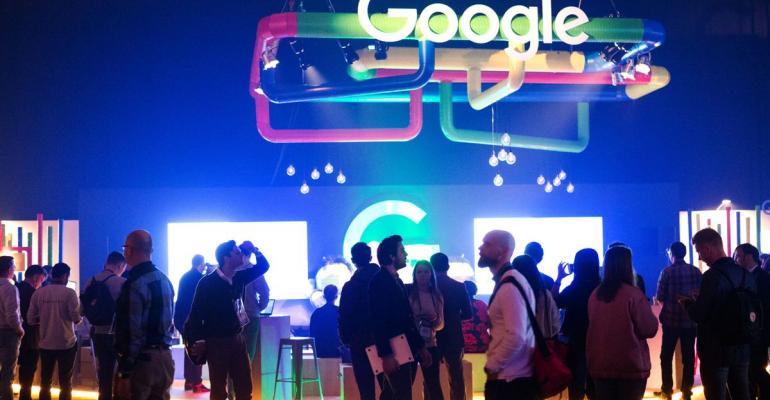 (Bloomberg) -- Google’s fight against France’s bid to enforce the so-called right to be forgotten globally is headed to the European Union’s top court, just three years after its judges ordered the company to strip out some results that people find embarrassing or out of date.

The EU Court of Justice will now have to decide whether links should be purged from internet searches in one country, across the EU or globally. It will also have to rule whether Google should be required to block users from seeing the links. These questions were put to it by France’s Conseil d’Etat, the country’s highest administrative court, in a dispute between Google and the French privacy watchdog over what Google’s responsibility is for pulling information from the web.

The search engine currently removes links in all European versions of Google if a person can show the information that comes up on a search for his or her name is outdated or irrelevant. France’s privacy watchdog was pushing Google to remove results from google.com and other sites worldwide beyond the local google.fr website. The EU court is now being asked whether Google should block views from IP addresses located in some countries.

The freedom of the internet is at stake, according to Alphabet Inc.’s Google, which claims the French view might allow governments to force worldwide removal of content that’s illegal in their countries. France’s CNIL data-protection authority argues that failing to remove links from Google.com creates an "absurd" situation where data is available globally that can’t be shown in Europe to protect a person’s privacy.

The battle goes back to a 2014 ruling from the EU Court of Justice that backed privacy rights over publication, telling Google it had to remove links to personal information. Google must now weigh requests to withdraw links from its search engine as courts continue to refine what rules it should apply. EU judges were asked by the same French court earlier this year to rule on how to apply the right to be forgotten requests in internet searches.

Google has been asked to remove more than 2 million web links from web searches. It’s refused more than half of the requests because they didn’t meet the criteria set by the EU court. A search engine can only continue to display certain results where there’s a public interest in doing so, it said on its website.

"For the last 18 months, we’ve been defending the idea that each country should be able to balance freedom of expression and privacy in the way that it chooses, not in the way that another country chooses," Fleischer said in an email.

Wednesday’s case stems from Google’s appeal of a 100,000 euro ($115,000) fine from CNIL for failing to remove right to be forgotten requests from global search results. The French court will rule on that issue after it gets answers from the EU court. CNIL declined to comment.

Other cases continue to mark out what can and can’t be done to scrub content from the web. An Italian businessman lost an EU court bid to hide details of an insolvency in March. A Belgian court last year ruled that the right to be forgotten applied to newspaper’s electronic archives, backing a man who sought to remove information on a traffic offense.