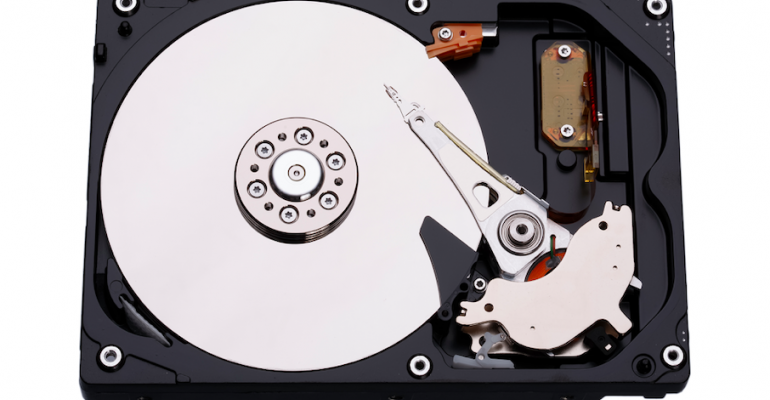 Storage Shift: The Time May Be Right for a New Form Factor

Current hard disk form factors are nearing their capacity limits, and it may be time for the storage industry to shift to a completely different form factor.

There is an old saying that big things come in small packages. Perhaps nowhere is this saying more true than in the storage industry. It’s absolutely amazing how much data can be crammed into a 3.5-inch or a 2.5-inch hard disk. Even so, current hard disk form factors are nearing their capacity limits, and it may be time to for the storage industry to shift to a completely different form factor.

If this idea sounds a little bit dramatic, then consider the fact that 3.5-inch hard drives have been around for about 36 years, tracing their roots all the way back to 1983. The 2.5-inch form factor is only slightly younger--introduced in 1988, it is more than 30 years old.

The problem that manufacturers are dealing with right now is that they can only cram so much data into a finite amount of physical space. Manufacturers have used various tricks to get disks to accommodate ever more data. These tricks have included everything from filling drives with helium (to reduce the aerodynamic effects of a spinning platter) to stacking data vertically. By and large, however, capacity increases have come from placing sectors closer together, which makes accurately reading data from a spinning platter far more challenging.

As far back as 2016, Google began to express concerns that legacy hard disk form factors were not going to be adequate for meeting the demands of a cloud-based world. According to a paper written by Google employees, Google said it believed that introducing a new form factor for HDDs (more specifically, increasing the vertical height of the drive) would help manufacturers deliver better TCO. Google speculated that such drives could offer higher capacities and larger numbers of IOPS than today’s HDDs are able to deliver, and would help meet the ever growing storage requirements faced by hyperscale cloud providers.

While the idea of abandoning (or, more likely, gradually transitioning from) a standard disk form factor might seem drastic, there are a couple of things that are worth bearing in mind.

First, the IT industry has done this before. It wasn’t as if someone woke up one morning and decided that every hard disk ever manufactured was to be either 2.5 inches or 3.5 inches in size. There are other hard disk form factors that were once industry standards, but they eventually gave way to the form factors that we have today.

One of the most notable examples is the 5.25-inch form factor. The first hard disk that I ever owned was a full height, 5.25-inch disk. The drive’s actual dimensions were a staggering 3.25 inches tall, 5.75 inches wide and 8 inches deep. This monstrosity weighed several pounds and held a mere 20 MB (that’s megabytes, not gigabytes) of data. The drive also required an external controller that plugged into one of the PC’s expansion slots.

As technology improved, the massive 5.25-inch hard drives gave way first to half-height drives and then eventually to the 3.25-inch drives that we have today. The point is that the form factors that we use today have not always been industry standards, and there is no reason why the IT industry could not adopt a different, larger form factor in the future, even if the device’s physical size gives the illusion that the industry is taking a step backward.

The other thing worth keeping in mind is that we are already starting to see a form factor transition of sorts. Although I have yet to see any HDDs break away from long established form factors, solid state storage manufacturers do not limit themselves to solely using 2.5-inch and 3.5-inch configurations. One especially common example is NVMe storage. Admittedly, the NVMe specification was created for performance reasons, rather than being geared toward overcoming form factor-related capacity limitations. Even so, NVMe’s success underscores the idea that new storage form factors are occasionally adopted.

Although many industry analysts are anticipating the inevitable demise of HDDs, I expect HDDs to continue to be a staple of enterprise IT for at least 10 years to come. Although SSD drives perform better than HDDs, while also consuming less power, HDDs are a far more cost effective option when it comes to high capacity storage. Being that companies such as Google are pushing the IT industry to settle on a new standard for HDDs, it seems likely that we will see at least one more major change to hard disk form factor and design before the drives eventually go extinct.

What Switching to NVMe Means for the Data Center
Aug 09, 2019