How Windows 10’s Reserved Storage Will Impact Your Organization

Windows has long been criticized as being an overly bloated operating system. The bare minimum amount of hard disk space that is supported for installing Windows 10 is 16GB for the 32-bit edition or 32GB for the 64-bit edition. Although these are the official system requirements as stated by Microsoft, a computer that is equipped with such a modest amount of storage would have a difficult time doing anything more than simply running the operating system.

Out of curiosity, I created a Hyper-V virtual machine with a mere 32GB of hard disk space and decided to install Windows 10 Pro build 1803 (which is a January 2019 update from MSDN). As you can see in Figure 1, the operating system alone (with no applications) consumed about 11GB of storage. That’s a huge amount of storage for something as basic as a desktop operating system. In contrast, some of Microsoft’s operating systems in the 1980s fit onto a 360 KB floppy disk. 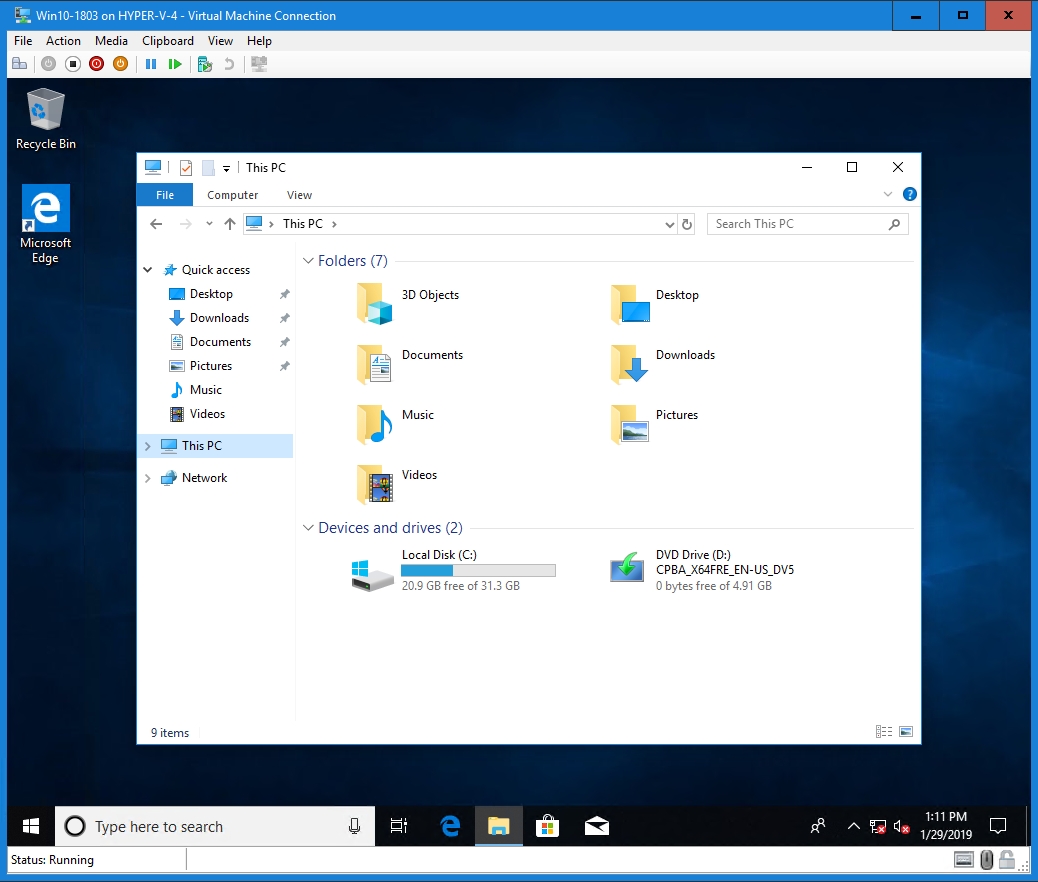 Once I downloaded and installed the available update, my available storage dropped from 20.9 GB to 18.9 GB, as shown in Figure 2. In other words, I lost nearly 10 percent of my storage capacity by installing one update. On a desktop system with a multiterabyte hard disk, this loss of 2GB would probably go unnoticed. In the case of a VM that is running the minimum Windows 10 hardware configuration, however, the update made a big impact on the available resources. 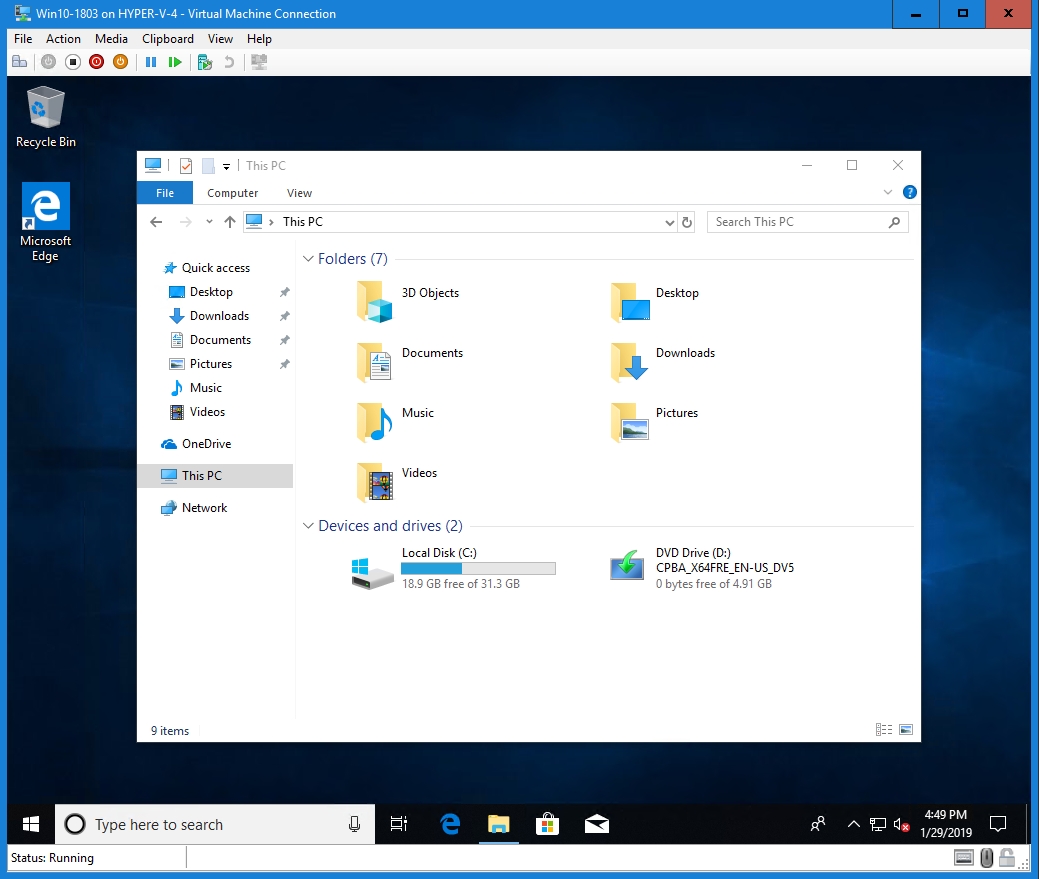 The update that I installed consumed about 2GB of disk space.

Herein lies the source of the problem. Updates to the Windows operating system (as well as updates to other products) can consume a considerable amount of storage space. If a machine is already low on disk space, the update process can quickly deplete whatever disk space is left.

Ever since Microsoft made the announcement that Windows 10 will eventually reserve 7 GB of storage for use with Windows Update, there has been a lot of misinformation going around. As such, I wanted to clear up some of these rumors.

Rumor 1: Windows is going to confiscate 7 GB of disk space.

While it is possible that Windows 10 will eventually grab a bunch of hard disk space and lock it away for its own use, a Microsoft Blog post seems to suggest that this won’t be the case. Although the main blog post doesn’t explicitly state what will happen if a machine is upgraded to Build 1903, it does say that the feature will be used automatically on systems that come with Build 1903 pre-installed, or on which a clean install of 1903 is performed. If you scroll down to the comments section, however, someone from Microsoft says, “At this time, reserved storage will only apply to newly manufactured PCs with the 19H1 version of Windows 10 or clean installs of the 19H1 version of Windows 10 on existing PCs. Those updating to 19H1 from a previous version will not see reserved storage”.

Rumor 2: Windows will use quotas to restrict my hard disk space use.

I have heard this particular rumor several times, and am happy to say that there is no truth to it. Windows 10 is not going to restrict your disk use with quotas. Quotas limit the total amount of disk space that you are allowed to use. Windows 10 will be using a storage reservation, not a quota.

Another rumor that has been going around is that when you install Build 1903, it will create a dedicated 7GB partition to be used by Windows update. In actuality, update files will be stored within the NTFS file system. NTFS is being modified to keep to allow certain types of files to use storage that is being reserved.

Rumor 4: 7GB of reserved storage is just the beginning. Windows will actually take more than that.

This rumor could actually be true. Whenever you install optional features or languages, it has an effect on the updates that have to be installed. According to a Microsoft employee who responded to a question in the comments section of the previously mentioned blog post, “Every time a language or optional feature is added to your PC, we will increase the amount of reserved space by [download size] + [install size] for the optional feature or language.”.

How to Use Azure QuickStart Templates to Make Cloud Storage Easier
Feb 26, 2019