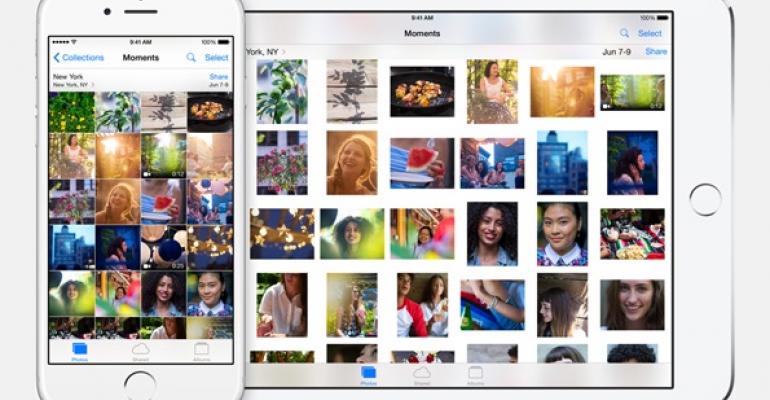 Apple has been accused of misrepresenting the storage available in the 8 GB and 16 GB versions of various iPhone, iPad and iPod models courtesy of a new class-action lawsuit. And while the consumer electronics giant isn't alone in eating up copious amounts of onboard device storage for its OS—this has been an issue with PCs and other handsets and digital devices for years—Apple is of course a high profile target, and one that attracts mainstream customers unaware of such technicalities.

"This case challenges storage capacity misrepresentations and omissions relating to use of Apple's iOS 8 operating system," the suit notes. "iOS 8 uses an unexpectedly large percentage of the storage capacity on 8 GB and 16 GB iPhones, iPads and iPods."

According to the suit, "reasonable consumers" would expect iPhones or other iDevices with 8- or 16 GB of storage to actually deliver roughly that amount of free space. But with Apple's latest mobile system, iOS 8, taking up so much more space than previous versions, some customers have discovered that well over 20 percent of their devices' storage space is already eaten up when they take them out of the box.

Too, Apple doesn't disclose the discrepancy between the stated storage of each iDevice and the actual amount of storage the consumer receives when the product is new, the suit alleges. A quick peek at the firm's iPhone web site reveals the veracity of that claim, as there isn't even a footnote-style explanation of how iOS 8 impacts the available storage. Likewise, the detailed specifications pages for each iPhone model also leaves out this crucial detail.

Adding insult to injury, the suit continues, Apple not only provides much less storage on its devices than is advertised, it then has the temerity of sell customers on its iCloud "monthly-fee-based storage system." In other words, Apple is causing problems for its customers and then "solving" that problem by charging them more money on an ongoing basis.

"Using these sharp business tactics, Apple gives less storage capacity than advertised, only to offer to sell that capacity in a desperate moment, e.g., when a consumer is trying to record or take photos at a child or grandchild's recital, basketball game or wedding," the suit explains. "To put this in context, each gigabyte of storage Apple shortchanges its customers amounts to approximately 400-500 high resolution photographs."

Microsoft faced a similar lawsuit in 2012 when it was accused of misrepresenting the amount of free space available on its Surface RT tablets. Of course, unlike Apple's devices, the storage of any Windows device—including Surface RT—is easily expanded via microSD and other means. And Microsoft's cloud storage system, OneDrive, provides 15 GB of storage for free, three times the amount offered by Apple for free.