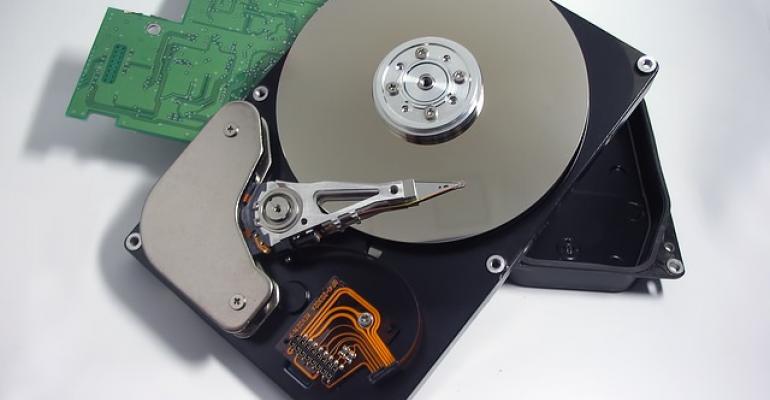 Adding extra storage to your Xbox One

One of the nice features that we have with the Xbox One console is the option of adding an external hard drive to increase the overall storage available on the system.

With the Xbox 360 the only option was to purchase a proprietary hard drive accessory to do this. The default configuration of the Xbox 360 included 4GB of system storage and that was used to store user data and game saves. In the early days of the Xbox 360 this was not a big deal because games could not be installed onto the system and were accessed directly from the game's disc.

Then the ability to install games arrived on the Xbox 360 and that meant you needed a hard drive.  That same hard drive also came in handy as digital downloads/purchases became more common.

Next arrives the Xbox One and its 500GB internal hard drive. Game installs were now a norm on the device as well as digital downloads some of which could weigh in as big as 45GB.

So the 500GB internal drive on the Xbox One, which only has approximately 364GB of storage available due to system files, cannot be replaced by the consumer and that means if you install a lot of games and several digital downloads you will very quickly fill it up.

When Microsoft provided the option to add external storage last June in an update to the console they addressed this capacity dilemma by allowing users to easily expand their consoles storage. The bonus is that you can use any external hard drive as long as the minimum requirements are met.

If your device does not meet these minimum requirements then they are treated as media drives only for music, videos and pictures.

So now that the history lesson is done about storage on the Xbox 360 and Xbox One it is time to get practical.

I recently shut down my Windows Home Server machine that I have used ever since V1 and switched over to a Western Digital 3TB MyCloud NAS device to store all of my local data on our home network.

That meant I had an almost new 1TB Seagate Barracuda SATA hard drive on hand and with its platter speed of 7200 RPM’s it was much faster than the internal 500GB hard drive on the Xbox One that only spins at 5400 RPM.

Next I just needed a USB 3.0 SATA hard drive enclosure to put this 3.5 inch desktop hard drive in. Off to Amazon (I really like my Prime) and among the many options I picked the $20 Mediasonic ProBox K32-SU3 enclosure.  This enclosure had good reviews and the ability to support up to a 6GB hard drive so there is future expandability available as well.

After receiving the enclosure this week I proceeded to install the hard drive in it and get everything attached to my Xbox One console.

Once I powered up the Xbox One I pressed the Menu button on my controller (the infamous hamburger menu) and then went to Settings and then Manage Storage.  From there I selected my new external storage device and formatted it for games and apps storage.

After formatting it was time to move games and apps from the internal drive to the new external one.

The process is the same whether it is an app or a game and you can see the video below for that specific process. On average during this process 20GB’s of data were moved between the drives in less than five minutes.  Although there is no select all option you can queue up everything you want to move and then just let the Xbox One to the work.

Now it was time to test the loading times and see what kind of increase I would experience and I am happy to report that loading my favorite game – Forza Horizon 2 – took about 30 seconds less from the external drive. So to say I am pleased with this bump in performance would be an understatement.

One last note – I did choose to use a powered enclosure but the small portable external hard drives that are powered through the USB 3.0 port will also work. The only downfall with those is they are usually 5400 RPM hard drives which means no real loading increases overall.

If I compared the price of those, which is typically in the $60-$70 range, and what I spent on this project, a total of $77, I would always go for a few more dollars and the increased performance.

Here are shots of the enclosure I used: