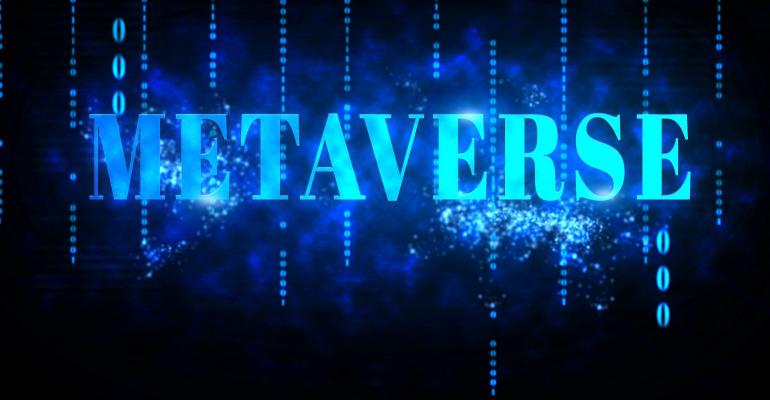 Over about the last year, the metaverse has seen its share of hype and is being marketed as a 3D replacement to the 2D internet that we all use today. Whether or not the metaverse will ultimately be successful is still up for debate, but one thing is sure: The metaverse will require organizations to rethink their storage strategies.

Metaverse storage can be broadly classified into three categories. First, storage is going to be needed for the metaverse itself. I'm talking about the virtual world within which metaverse users perform various activities. These worlds are vast, complex, and richly detailed. It seems inevitable that most of these digital worlds will be stored in the cloud.

As an example, consider Microsoft Flight Simulator. It isn't exactly the metaverse, but you can use a VR headset with the latest version. At one time, several decades ago, the entirety of Flight Simulator fit on a single floppy disk. Back then, however, objects within the virtual world tended to be very sparce and the few objects that did exist were mostly just wireframes.

Fast forward a few decades, and Microsoft Flight Simulator has evolved into an extremely lifelike simulation that accurately reproduces real-world scenery. About a year ago, Microsoft had modeled 1.5 billion houses and over 2 trillion trees! This huge and complex virtual world consumed 2.5 petabytes of storage space in the Azure cloud. Since that time, Microsoft has made additional enhancements to Flight Simulator, so it likely consumes an even greater volume of cloud storage.

Related: Humans as a Service? How the Metaverse Turns People into Cloud Resources

While it is conceivable that these types of objects could be stored on an object storage platform such as AWS S3, it seems more likely that they will be stored in a decentralized system that is based on blockchain. That way, metaverse objects won't be under any one organization's control. Besides, the underlying block chain infrastructure is ideal for protecting purchases of digital real estate and NFTs.

The third way that storage is going to be needed in the metaverse is that organizations will need to find a way of storing the data that is generated within the metaverse. Such data sets will vary dramatically by use case, but could conceivably be huge depending on what an individual organization is trying to accomplish.

Imagine that an online retailer creates a virtual store in the metaverse. Think of it as a more up-to-date version of the now infamous demo that Walmart created several years ago.

Traditionally, retailers have gone to great lengths to organize their brick-and-mortar stores in a way that maximizes profitability. The same would no doubt hold true for a virtual, metaverse store. As such, the retailer would probably collect a significant amount of data related to each shopper's experience in an effort to make the store as profitable as possible. Some of the data collected might include where the shopper's eyes are looking at each given moment, the items that the shopper looks at or interacts with, the order in which items are placed in the shopping cart, and so on.

Depending on the granularity of the data that is collected and the number of shoppers, the data footprint could become quite large. All that data will need to be stored somewhere, and it will need to be kept private — separate from the data used to render the virtual world or data related to virtual objects within that world.

Even the concept of the metaverse is still in its infancy, and so it remains to be seen what kind of metaverse storage will ultimately be required. One thing is certain though — the metaverse will require and produce far more data than the 2D internet that we all use right now.