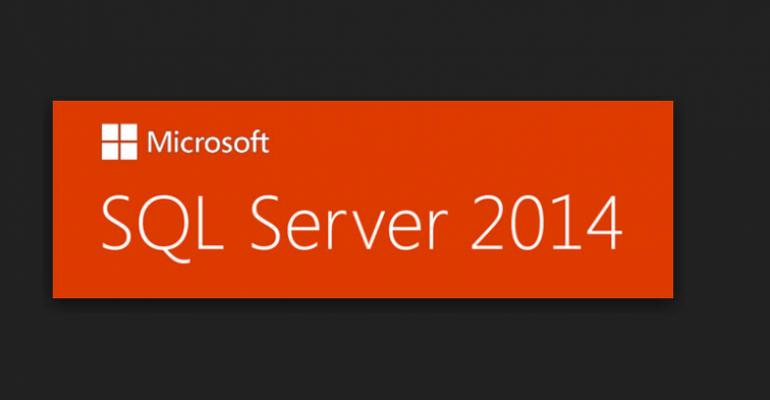 There are two basic strategies for upgrading to a new SQL Server release. Some people recommend performing a full backup followed by a clean install of SQL Server on a new operating system. Other people prefer performing in-place upgrade. Each different tact has their advantages.

People who prefer the clean upgrade say you minimize the register and system corruption that eventually creeps into all Windows installation. Thereby giving you a more stable new installation. This is essentially the same as performing a new installation. However, this method is time consuming and costly. You need to restore all of your databases and in many cases need to buy a new Windows Server OS license. Then you need to restore any custom SQL Server settings and properties that you may have changed.

In-Place Upgrade is Much Faster

Alternatively, performing an in-place upgrade is much faster as you only need to install the need SQL Server version over top of the old one. There’s no need to backup and restore. Some database pros say this method is safer because you know you’ll be running with the same settings and they don’t like to change an otherwise stable system. I have performed both successfully many times in the past. In this article I’ll cover the steps for performing an in-place upgrade of SQL Server 2012 to SQL Server 2014.

To begin the actual upgrade process, click the Installation link in the navigation pane shown on the left side of the installation wizard. This will display the SQL Server Installation Center’s Installation page that you can see in Figure 2.

After entering the product key, click the Next button to display the License Terms dialog box that’s shown in Figure 4.

To proceed with the upgrade, click the I accept the license terms box. You can optionally choose to send product usage information to Microsoft. This doesn’t send any confidential data—it only sends feedback about the product features that you are using. Clicking Next will optionally display the Global Rules dialog that is shown in Figure 5. In Figure 5, the Show Details button has been clicked so you can see the checks that the Upgrade to SQL Server 2014 wizard performs.

If all of the setup rules are passed, the Upgrade to SQL Server 2014 wizard will continue on to display the Microsoft Update dialog shown in Figure 6. If there are any issues that would prevent the upgrade from completing, they would be listed in the Global Rules dialog with a red or yellow icon. You must correct any items with a status of Failed before you can continue the upgrade. Clicking OK from the Global Rules screen will display the Microsoft Update dialog that you can see in Figure 6.

While this dialog is displayed, the setup process will copy the setup files from the installation media and will scan Microsoft Update for any recent updates to the product. If there are any updates available then, they will be downloaded and installed. You don’t have to take any action on this screen. When the installation for the setup files and any downloads are complete the Upgrade Rules dialog will be displayed. Clicking the Show Details button will display the Update Rules dialog box that you can see in Figure 8.

The Upgrade Rules dialog box checks for any problems that might interfere in the upgrade process. If there are issues that will prevent the upgrade, a yellow icon will be displayed in the Rule list and the status of Fail will be displayed. You must correct any pending issues before proceeding. If all of the upgrade rules are passed, the rules will all be displayed with green check marks as you can see in Figure 8 and you can proceed with the upgrade. Click Next to display the Select Instance dialog box that’s shown in Figure 9.

The Select Instance dialog box lets you choose the SQL Server instance that you want to upgrade. It’s possible to have multiple instances installed on the same system and to upgrade them separately. SQL Server supports up to 50 instances on the same system and each named instance is essentially a different installation of the SQL Server code. You can select different instances to upgrade by using the Instance to upgrade dropdown at the top of the dialog. As you can see in Figure 9, a default instance named MSSQLSERVER has been selected to be upgraded. Clicking Next displays the Select Features dialog box shown in Figure 10.

The Select Features dialog box shows you the installed features that will be upgraded. All of the installed options are checked by default—you can’t choose to just update some features. When performing an upgrade to SQL Server 2014, you must update all of the installed features in the selected instance at the same time. In addition, you cannot install any additional features. Additional features must be added after the upgrade process has completed. Clicking Next displays the Instance Configuration screen, shown in Figure 11.

The upgrade process will detect the installed SQL Server instances and all of the installed instances will be listed in the Installed instance box at the bottom of the screen. You can choose to keep the installed instance name or you can opt to change it. In most cases, you’ll want the upgrade process to use the same SQL Server instance name. In Figure 11, you can see that upgrade process will update the default MSSQLSERVER instance. As you can see in Figure 12, it also displays the required disk storage for each installation directory. If there’s adequate space to proceed with the installation, a green check mark will be displayed at the top of the screen. If there isn’t enough disk space to perform the upgrade, a red X will be displayed. Click Next to display the Server Configuration screen shown in Figure 12.

The Server Configuration dialog box enables you to change the default startup type and authentication information for SQL Server Integration Services, the Distributed Replay Controller, the Distributed Replay Client, and SQL Full-text Filter Daemon Launcher. You can set the authentication to a domain user account or you can accept the default values, which were pulled from the existing configurations. Click Next to proceed through the upgrade installation process. Microsoft recommends that you use a separate domain account for each service. If you installed the Full-text search feature on the SQL Server instance that you selected to upgrade, then you’ll see the Full-text upgrade dialog shown in Figure 13.

You use the Full-text Upgrade screen to specify how you want the upgrade process to deal with any existing full-text search catalogs. You can choose to import the existing catalogs without any changes, or you can choose to rebuild or reset the full-text catalogs. Importing is the default option and it leaves the full-text catalogs unchanged, but that means that they may not be able to take advantage of the enhanced SQL Server 2014 full-text search functionality. Rebuilding will rebuild the catalogs, adding the new functionality, but using this option can considerably lengthen the upgrade process. The Reset option clears the existing full-text catalog data, but does not rebuild it during the upgrade. If you select the Reset option, you can rebuild the catalog data manually after the installation. If you choose the default Import option, you can rebuild the full-text catalogs at some point after the upgrade has completed. Clicking Next displays the Feature Rules dialog shown in Figure 14.

The Feature Rules dialog box performs a final check for any conditions that might cause the upgrade process to fail. If any error conditions are found they will be shown in the Rule listing preceded with a red X. If all the rules have green check marks, as you can see in Figure 16, then you can proceed with the upgrade. If all of the upgrade rules are passed the upgrade wizard will automatically display the Ready to Upgrade dialog that you can see in Figure 15. If there are errors then you will need to correct them and click the Re-run button.

The Ready to Upgrade dialog box enables you to see a summary of the upgrade actions that will be performed. If you need to change anything, you can use the Back button to page back through the previous upgrade dialog boxes. Click the Upgrade button to launch the SQL Server 2014 upgrade process. The Upgrade Progress dialog that you can see in Figure 16 will be displayed showing the current action and status of the upgrade process.

After the SQL Server 2014 upgrade operation is finished, the Complete dialog shown in Figure 17, will be displayed. This process takes anywhere from 15 minutes to a half an hour depending on your system's perfromance. After that point, your SQL Server instance will have been upgrade to SQL Server 2014 and you can begin using the new SQL Server 2014 installation.

You can also find the SQL Server build number, the product’s production level and edition name by opening Query Editor and then running the following T-SQL queries:

Which should return the following:

Or you can run

Which should return the following: