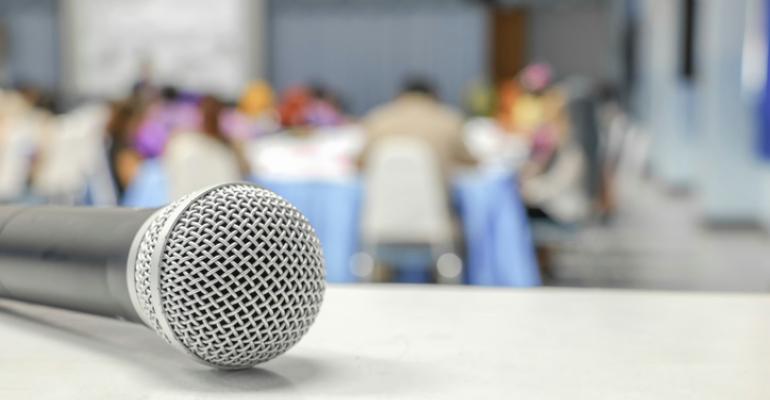 Get to know Mindy Curnutt, who is a speaker and moderator at IT/Dev Connections in San Francisco next week.

With just a few days to go before the IT/Dev Connections conference in San Francisco, we are excited to introduce some of the speakers who will be delivering educational sessions across five distinct tracks. If you haven’t already registered, visit the website today to sign-up.

From the website: “The Women in Tech panel aims to engage and inspire the audience in the room with stories, suggestions and advice from some extraordinary and interesting women from the world of tech. These are women that everyone in the room can relate to – and take something away from. Moderated by Ami Casto from Adaptiva, this will be a productive discussion about navigating the world of tech.”

Mindy Curnutt is one of the panelists on the Women in Tech panel next week. Having been involved in the SQL Server Community for 20 years, she is a independent consultant, 4X Microsoft Data Platform MVP and Idera ACE. She is also championing the Girls + Data Program in the Dallas area (a program for teens).

ITPro caught up with Curnutt to hear more about the surprising turns in her career in tech, and her advice for young women getting started in the industry.

When and why did you first get interested in a career in tech? What drew you to it?

I had to think about it a bit. At first I thought it was after college, but thinking back a bit harder, it was in junior high. I had 2 different jobs at the time, one was working at a veterinary clinic where my mom worked. I cleaned animal cages and mopped floors, but I also did data entry for the accounting system, which was a DOS based program. Everyone else was really scared of the computer except the veterinarian. I seemed to have a natural affinity/love for the machine. I also did data entry at a pharmacy where I worked, entering all of the historical prescriptions into a new system they had purchased. Both jobs were really tedious, but I appreciated the automation they provided. What drew me to it was both the automation / efficiency, and the way it was like working with puzzles. I love puzzles (jigsaw, logic, Sudoku), and working with data was kind of like puzzle solving.

Do you have the career you’d thought you would have when you first started out?

Good Grief no! My career has been so much better than I ever imagined. I don't really know what I imagined, but it wasn't this. I'm very pleased with how things have gone. When I first started out it was data entry, then programming basic database application (FilemakerPro, Access 2.0, ASP 2.0), then database development and report writing. My big step forward was taking a job with Unisys where they would train me to specialize in Performance Tuning & Scalability. I certainly didn't see it coming, but am very happy with the path and where I am today.

What do you love the most about what you do? And what’s your favorite technology?

My favorite thing in the whole world is to take something that has been running slow, or has been tedious, and making it super fast or creating the system for it to be automated and taking away all the pain. I love doing that. I love the response from customers, they're gleeful.

If you had a word to describe your career, what would it be?

Over the years have you felt that you’ve been treated like a regular techie or like a "woman techie"?

With my coworkers, I've always been treated like a regular techie. With customers, sometimes initially I get treated with doubt. I don't think that's because I'm a woman as much as it is because techies tend to think that most other people don't know what they're doing and question if this "new person" knows their stuff or not. Most of the time I get past that pretty quickly. I've also worked remote for years, and I think that made it harder for me to "move upward", but that was by choice and I was able to build my own brand at the same time, so no harm there really. No, I haven't been treated any different. If anything, I feel I've paved my own way and been accepted. The SQL Community seems to be especially accepting of women in my opinion.

What’s the greatest obstacle you’ve faced as you’ve climbed up the ladder?

Not so much about being a woman. My greatest obstacle has been that I really wanted to focus on tech and not go the managerial route. I was a Distinguished Engineer at Trimble, I felt that should have put me in the Fellow track, a track for technical excellence and not for managerial skills/responsibilities. It seems to be really hard for companies to justify a high salary for someone without a lot of direct reports or who isn't coming up with the strategic vision or budgets. I really wanted to focus on architecture, engineering, white papers, research and technical excellence as a career, but the more respected I became, and the older I got, the more I was pulled into moving up the ladder in the managerial role track (Director / VP, etc). I'm not interested in being a CIO.

Does a glass ceiling exist for women in 2017?

How is the industry changing?

There is a lot more awareness on encouraging young women to look at tech. Also, data science is getting a lot of attention with the IoT and the massive amount of data being collected and trying to make sense of that and enable actionable/profitable/benefiting decision making. Visual analytics are also just becoming more amazing every day.

Do you have any advice for women starting out?

If you're a student, study math and especially statistics. If you're a young woman already in the workplace, join some associations and get out and make connections. Get on LinkedIn, get a personal URL, blog, make your name known, build your own brand, toot your own horn.

Early on in my life, I had a mentor who taught me an invaluable lesson about not giving up and not just taking "no" as an answer. Instead, see if there is a way around a road block (legal of course). It took 2 lessons from him for me to get it, but they were very powerful lessons.

The first lesson came when I had taken a leave from UC Santa Barbara for financial reasons. George (my mentor) asked me one day why I was no longer going to UCSB and why I was attending Sonoma State University at night. I told him that I didn't have the money to pay for school, that my parents had land, but had already refinanced their house to pay for 2 years of school and the money was gone. That I couldn't get grants or a loan because my parents had land and I had been told that my parents needed to use their assets and no money was available. George asked me if I had made any income in the last 2 years. I had, I had worked at a clothing store and also in the school bookstore, so I think I had made $5,000 each year roughly. "Great," he said. "Get your parents to revise their income tax returns for the last 2 years and get you off of them, then you file independently." So - I went and asked my parents. They said they did not have the $1600 ($800/year) that would be due, so that wasn't going to work. I went back to George very dejected. He said that he would be willing to loan me the $1600 to pay them if I paid him back after I graduated. My parents agreed, income tax returns were filed and I ended up getting loans and grants that allowed me to go back to school.

The second lesson was shortly after that. I received a letter from UCSB saying that because I had been withdrawn for more than 6 months that I had to reapply and go through the admission process all over again, and that I could not get back in as a student until the following year, IF they accepted me. That was really depressing. Of course, George asked me, "who made up that rule"?  I was confused. What do you mean who made up that rule? Then he said, "better yet, who do you think can get around that rule for you?" Huh? THE DEAN.  So...off I went on a train down to UCSB to sit in the Dean's office. It took me all of 5 minutes to have her stamp a piece of paper and "poof", I was back in.

Moral of the story, don't let a "no" stop you. Think about it. Is there another way? Get creative. Make things happen. Don't wait for things to happen. You are your own best advocate, you have your own best interest in mind, you control your destiny more than anyone else. Take charge.