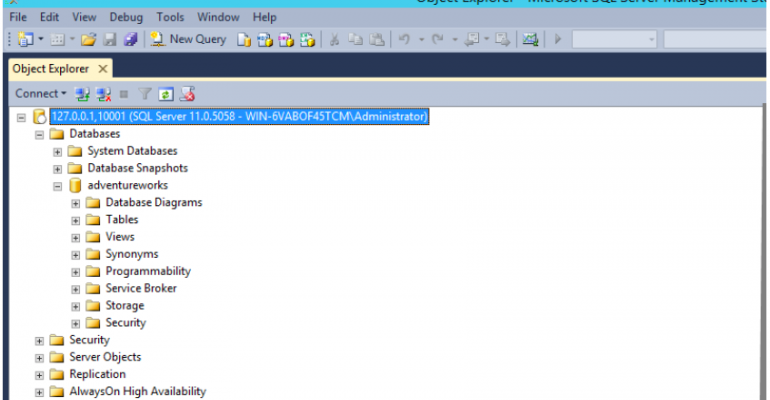 In March 2013 Soloman Hykes announced what would become known as the Docker open source project.    In the months that followed there was a ground swell of adoption by the Linux community, and in the fall of 2014 Microsoft announced plans to implement containers in Windows Server 2016.    WinDocks, where I am a co-founder, released an independent port of Docker’s open source to Windows in early 2016, with a focus on first-class container support to SQL Server.

Containers are rapidly become a strategic focus across the industry.   In this article we’ll look at containers and their use by SQL Server DBAs and developers.

Portability: containers include application software dependencies and run unmodified on a developer’s laptop, a shared test server, or any public cloud.

A mounted 1 TB database is delivered in a container instance in less than one minute.   The process is a dramatic improvement over servers with dedicated named instances, or provisioning VMs for each developer.  One organization uses an 8 core server to support up to twenty 400 GB SQL Server containers.     Previously each VM took over an hour to provision, but container instances are delivered in 2 minutes.  The result is a 20x reduction in VMs, a 5:1 reduction in CPU cores, and dramatic financial savings in Microsoft license costs, and greater flexibility and responsiveness to the business.

SQL Server Containers in Use:

Containers are defined by Dockerfiles, which define the steps to build a container.   The Dockerfile below specifies SQL Server 2012, followed by databases that are copied into the container, and a SQL Server script to mask selected tables.

Each container can include dozens of databases with secondary and log files.    Databases can be copied and run in the container, or mounted using the MOUNTDB command.

Each container includes a private file system, which is isolated from the host resources.   In the example below, a container is built with MSSQL-2014 and a venture.mdf.   A unique ContainerID and container port are generated.

While SQL Server containers provide a new level of speed and automation, they behave just like ordinary named instances.   Resource governance can be implemented with SQL Server tooling, or via the container resource limits.

Beyond Dev and QA Support

At WinDocks we’re working to further simplify the use of containers with a web interface.    Another project focuses on bringing SQL Server containers into a Continuous Integration or DevOps process, with Jenkins or Team City based CI/CD pipelines.