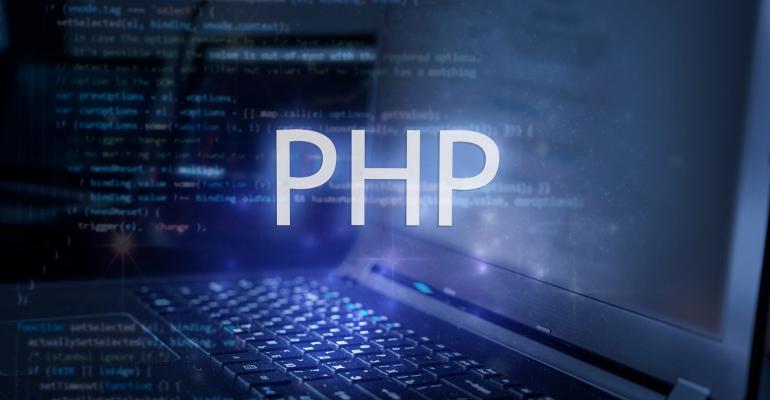 The newly created PHP Foundation will help fund and support the continued development of the open source PHP programming language.

After more 25 years of development, the open source PHP programming language is getting its own foundation.

The PHP Foundation was quietly announced on Nov. 22, with a number of organizations—including Zend by Perforce, Laravel, Acquia, Automattic, Craft CMS, Private Packagist, Tideways, PrestaShop and Symfony—involved in its creation. Among the key goals of the PHP Foundation is to provide funding and support for the ongoing development of the PHP programming language.

The PHP Foundation is being structured via the Open Collective, which helps communities raise and manage funding in a transparent approach. Since the announcement of the PHP Foundation, more than 876 individuals and organizations have contributed, including Rasmus Lerdorf, who is credited with creating PHP in 1994.

While PHP has been successful for decades, recent events have incentivized the community to create the foundation to ensure continued PHP development. Roman Pronskiy, product marketing manager of PhpStorm at JetBrains, told ITPro Today that the PHP community recently lost one of its core contributors as Nikita Popov has decided to pursue other development interests. Popov works as a senior software engineer at JetBrains.

"It’s indeed quite successful at the moment," Pronskiy said about PHP. "But we felt it was important to continue pushing the ecosystem forward and ensure it evolves and adapts to new challenges. That's what we did when we hired Nikita three years ago, and we continue this effort with the PHP Foundation."

PHP continues to play a critical role in the modern internet, powering approximately 78% of the web, according to W3Techs. This includes many of the internet's most popular sites, such as Wikipedia, and it is a core component of the leading content management systems, including WordPress and Drupal.

"The language has evolved quite a lot in the past few years, so the only thing we were worried about was the fragile position PHP would end up in, in case there weren't enough active maintainers," Pronskiy said. "That’s why we have decided to support the PHP Foundation—to ensure that the language will continue developing and attracting new minds."

Dries Buytaert, founder of Drupal and CTO of Acquia, knows well how fundamental PHP is to the web. The open source Drupal content management system has relied on PHP and will likely continue to be based on it for years to come.

"There is a common misconception that large open source projects are well-funded," Buytaert wrote in a blog post. "In practice, many rely on a small group of maintainers."

Buytaert said Acquia is joining the PHP Foundation to help fund the development of PHP as it continues to be vital for his company and the health of the web.

"PHP is the engine powering vast amounts of the web, including all WordPress sites," Automattic CEO Matt Mullenweg told ITPro Today. "The past few years it has had huge increases in performance, and we’d like to see it be a stable, secure and performant server-side choice for many decades."

Automattic is the lead commercial sponsor of the open source WordPress project, which Mullenweg created. JavaScript clients with PHP servers are a potent combination, and that’s basically what WordPress has morphed into, he said.

"Supporting the new PHP Foundation is in line with what we ask of any contributor—to give back to projects that enable your success, so that together we can avoid the tragedy of the commons," Mullenweg said. "It’s less about what didn’t happen in the past as much as making sure that we contribute to the sustainability of the project in the future."

The Future of PHP

Among the leading commercial organizations that have contributed to the development of PHP is Zend, which is a division of software provider Perforce Software.

Ido Benmoshe, vice president of product management and solution consulting at Perforce, told ITPro Today that Zend helped modernize PHP and establish it as one of the primary platforms for modern application development in collaboration with the broader PHP community.

Given the scale and breadth of the PHP ecosystem, bringing together the key commercial entities committed to PHP, the core contributors and the PHP community leaders will help to ensure that core development resources are available, according to Benmoshe.

"It will mean we continue driving the language forward and address new use cases, industry requirements and the ever changing DevOps technology landscape," he said.

While the PHP Foundation will help ensure the continued success of PHP by funding developers, it won't necessarily have a direct impact on the governance or process by which PHP is actually developed, at least not in the short term. Two days after the announcement of the PHP Foundation, PHP 8.1 was released, providing new functions that aim to improve performance and add more capabilities to the open source programming language.

"We do not expect immediate changes to the way PHP is developed," Benmoshe said. "The foundation administration will formalize future working processes over time with the help of the PHP community. However, the primary priority at this point is to hire and support additional core developers."