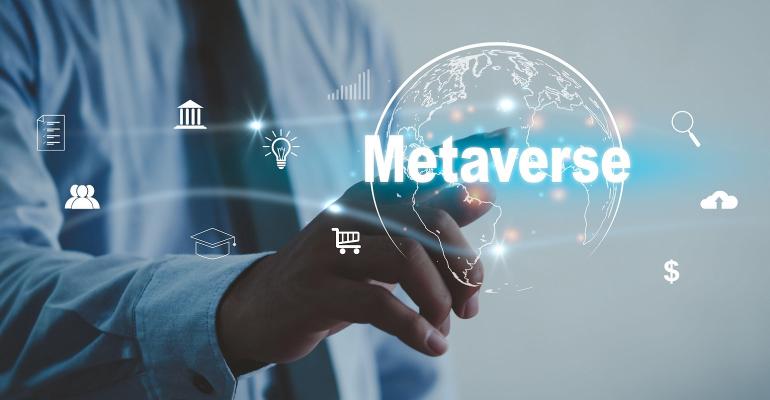 The metaverse is more than just a game or a virtual reality environment — it's a new way for software developers to build new applications and immersive experiences.

The emerging world of the metaverse could have broad impact on the world as we know it.

For software developers, the metaverse represents another type of application to be built and another deployment target for source code. As with any kind of development, there are myths and misconceptions about the technology as well as challenges to getting things done.

The biggest misconception about the metaverse is that it's just another video game, according to Erik Ashby, head of product at Helpshift.

"While gaming companies are definitely out in front of the metaverse and are helping to author and develop much of the content today, the metaverse is so much more than just another game," Ashby told ITPro Today.

What Is the Potential of Metaverse for Software Developers?

The metaverse enables users to access a virtual world where they can meet people 24/7; collaborate in real time in multiple languages; and try, buy, and experience things before making a physical purchase, Ashby said.

"Many experiences — like art, theater, music, and other forms of entertainment — could even become entirely virtual," he said. "The applications are almost limitless."

Billy Huang, co-founder of Luna Market, a metaverse advertising and technology company, sees the metaverse as the connection between all digital spaces — a network of social spaces that are interconnected from a user perspective.

"We hear a lot of people talking about metaverse as social virtual experiences, but it’s really much bigger than that," Huang told ITPro Today. "Social digital interactions have existed for a long time, but for the first time, we have the ability to cross virtual realms and retain identity and ownership of goods in these digital spaces through blockchain technology."

What Are the Challenges of Building Metaverse Applications and Services?

While there is potential for the metaverse, there are also challenges. Many metaverse platforms lack scripting capabilities, which restricts integration possibilities and limits the number of applications, according to Huang. There is also a lack of standardization of creative standards, which means integration of 3D assets are inherently more difficult at scale with different types of avatar and gaming standards, he said.

According to Hermes Frangoudis, director of developer relations at Agora, many developers believe that data privacy and security are the biggest hurdles that the metaverse must overcome. That means putting in place privacy by design when developing the software and hardware needed to make the metaverse a reality, he said.

"If data privacy is a problem in today’s 2D Web 2.0 world, then the metaverse adds an even more complex dimension to this challenge," Frangoudis told ITPro Today. "The metaverse blurs the lines between the real and the virtual on a completely different scale that we have not seen before."

What Are the Common Metaverse Development Languages and Toolkits?

For metaverse developers, another key challenge is simply knowing where to start.

"There are many different metaverse platforms, and information can be overwhelming," Kash Vyas, co-founder and CTO at Perfitly, told ITPro Today. "There is no common development platform."

Compatibility between platforms is a challenge, Vyas said. Trends in the metaverse are not the same as in the real world, he said. They tend to be less predictable.

In terms of technology, Agora's Frangoudis called JavaScript one of the most popular programming languages because it acts as a high-level scripting language that can be used to direct a powerful C++ based engine. JavaScript and WebGL are great for dynamically rendered web-based augmented reality (AR) and virtual reality (VR) experiences, he added.

"We also see C# as a popular language for metaverse development thanks to Unity, one of the best-known game and VR-focused development platforms that boasts a large community of AAA game publishers and indie game developers," Frangoudis said. "As software platforms become more robust and VR equipment such as headsets continue to evolve, they will create massive opportunities for developers to build worlds that offer the next great immersive metaverse experience."

What Are the Best Practices for Metaverse Developers?

With metaverse-based applications and services, it's the experience that matters. Interactions are the key differentiator when it comes to metaverse applications, according to Kevin Strype, associate practice lead, Web, at Robots & Pencils. They will elevate whatever the app is trying to accomplish into a great experience versus an experience that leaves the user missing traditional interfaces.

Deliver an experience. Strype noted that metaverse developers need to remember that the goal is to provide a superior experience compared with just opening, say, Slack on your PC and typing out a message.

"Gesture use, environment design, and intuitive interface are all somewhat new challenges for the developer moving from traditional apps to metaverse apps," Strype told ITPro Today. "You have a lot more to consider, but you also have many more tools to play with when it comes to facilitating user interaction and providing feedback to your user."

Test, then test more. Testing, and using your own app a lot, is how developers will iterate to set themselves apart from the competition, Strype said.

Experiment and iterate. Thinking more about the feel and overall experience of using a metaverse app is a key recommendation for best practices from Strype.

"For me, the best metaverse developer will see the concept as a place to explore novel and exciting ways to accomplish normal tasks we are all now used to from our pandemic office lives," Strype said. "Experience quality will be king in the metaverse app market as it grows."

It's clear that the metaverse isn't just another video game, and it's likely not a fad for developers to avoid. For developers, the metaverse literally opens up new worlds of opportunity to explore, with no shortage of potential for those that embrace best practices to build applications and services.