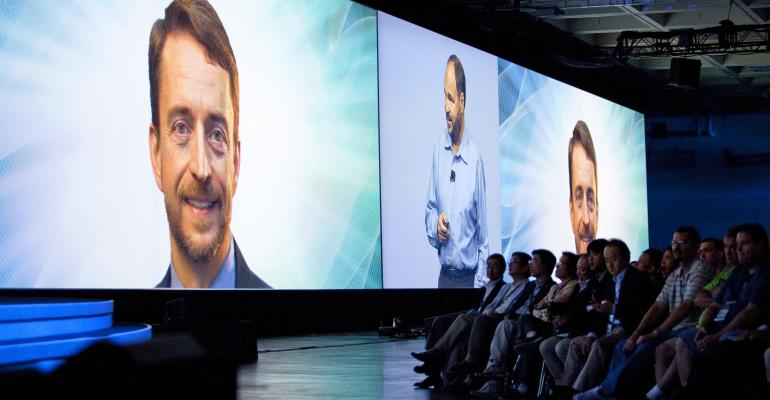 During the first day of VMworld 2019, VMware indicates that it's incorporating the technologies and expertise it's acquired during the past year, with an eye towards making life easier for its users.

SAN FRANCISCO -- VMworld 2019 kicked off with a keynote that was pretty much what was expected. VMware CEO Patrick Gelsinger opened the event listing most, if not all, of the companies VMware has purchased in the last year, with a focus on Pivotal and Carbon Black, the two latest acquisitions which were just announced last week.

Interestingly, but not surprisingly, Gelsinger put an even bigger emphasis on Heptio, the Kubernetes-based startup that kicked off the 10-buy string of acquisitions VMware has made from last year's event to this one. Heptio co-founder Joe Beda, now a VMware principle engineer focusing on cloud-native technologies, marched onto the stage to give a thumbs up to all of the great ways that VMware is now leveraging Heptio’s technology.

The message throughout the keynote was that VMare wants to be the enterprise's virtualization-cloud-security-and-everything-else company -- and that enterprises need what it has to offer.

This is a shift from the old-school VMworld sales pitch, when the company was trying to make the case that it could remain relevant in an age where cloud-native is the new enterprise paradigm and virtualization was yesterday’s news. Now, VMware wants us to know that as far as it's concerned, it's returned to relevancy for enterprise customers.

The promise the company is selling is that across its platforms, VMware integrates new technologies while simplifying life for both sides of the devops equation. In VMware's vision of the future, legacy apps, virtualization, containers can and should all work together.

Simplifying the complicated was central to Gelsinger's message.

“Today we’re going to explore this natural tension between choice, which we love, and complexity which could overwhelm us," he said.

During the hour-and-a-half presentation, Gelsinger and COO Sanjay Poonen unveiled new products and features designed to make life easier for its customers. Among them: