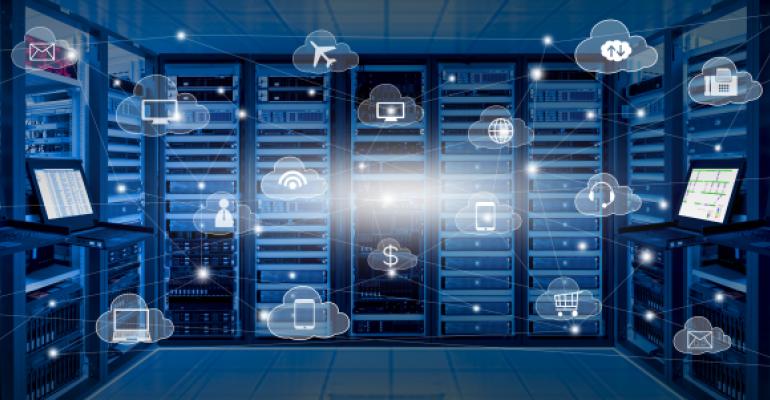 SAN FRANCISCO -- With the focus of this year's VMworld being on hybrid and multicloud deployments, it's fitting that on Tuesday, VMware unveiled multicloud-focused improvements to its software-defined networking and security stack.

"VMware brings the one-click public cloud experience to the entire enterprise through an automated, software-defined network architecture," Tom Gillis, senior vice president and general manager of VMware's networking and security business unit, said in a statement. "We extend this virtual infrastructure across public and private clouds, all the way to the network edge, and our advanced analytics capabilities provide the visibility and troubleshooting needed to make the Virtual Cloud Network easy to operate."

The new features include the introduction of an Advanced Load Balancer for NSX that's based on software that was previously available in the Avi Networks Platform, which VMware acquired in June. NSX is VMware's network virtualization platform that enables virtual networks to run on physical networks and within virtual server infrastructures. The Advanced Load Balancer feature is designed to help overcome the complexity and rigidness of legacy systems and application delivery controller appliances with software-defined application delivery services.

The company also announced new capabilities for VMware's SD-WAN by VeloCloud. (VeloCloud was the wide-area network startup that VMware bought back in 2017.) In the internet age, WANs have largely replaced older local area networks, as companies seek to add connectivity for branch offices, remote workers and mobile devices.

Specifically, the software-defined WAN now has increased scalability through the use of stateless and horizontally scalable gateways that span the major cloud providers and hundreds of global underlay carrier networks. VMware said the setup "is akin to the architecture of public clouds like AWS, Azure and Google Cloud."

"These gateways are stateless, and horizontally scalable, meaning that new gateways launch with no disruption to the end user," the company added in a statement. "For customers, this means new branch offices and increased application traffic can be added dynamically and automatically without reconfiguration. Changes, if necessary, can be rolled out dynamically to gateways without disruption to the end user. Customers can have tens of thousands of edges on a single network."

"You should consider our VeloCloud product as an extension of our NSX architecture framework, particularly in the context of virtual cloud networking" Shekar Ayyar, VMware's executive vice president and general manager of telco and edge cloud, said during a VMworld press conference on Tuesday. "A customer who has made a bet on VMware for their data center networking with NSX can extend that into their garage, particularly through SD-WAN."