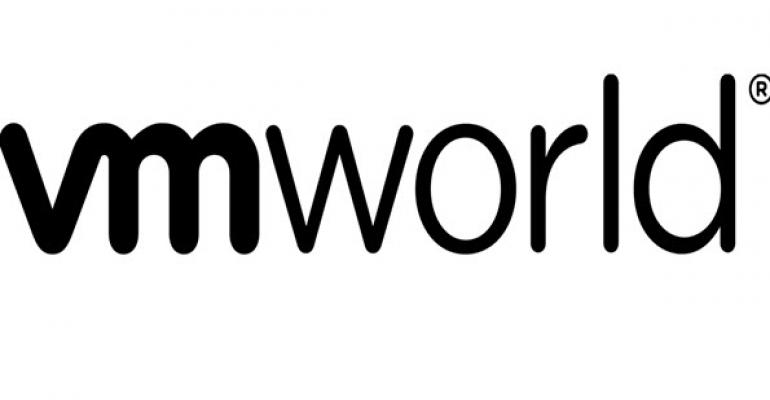 VMworld 2017 Day 1: Everything You Need to Know

Following up on futuristic VR performance art introduction, Pat Gelsinger kicked off the theme to this year’s VMworld 2017 in Las Vegas as “Realize what is possible.” Pat mentioned to the 20,000+ audience in the Mandalay Bay that we’re at an interesting moment in the evolution of technology where science fiction is becoming science fact for many industries. At the end of the day Gelsinger said it’s really all about the applications. One of VMware’s main goals is to provide application access on any device with a consistent management experience across private and public clouds.

On the private cloud front Gelsinger mentioned that many customers found that implementing the private cloud was just too hard. To address the difficulties of private cloud management VMware introduced VMware Cloud Foundation 2.2 with new support for vSphere 6.5 Update 1, vSAN 6.6.1, NSX 6.3.3, and Horizon 7.2.

VMware expands into the public cloud with VMware Cloud on AWS

Without a doubt, the biggest news of this mornings keynote was VMware’s partnership with Amazon and the availability of VMware Cloud on Amazon AWS. Pat introduced Andy Jassy CEO from AWS who stated this new offering is all about combing the number one private cloud with the number one public cloud. Andy stated, “The majority of the world’s enterprises have virtualized their data centers with VMware, and now these customers can easily move applications between their on-premises environments and AWS without having to purchase any new hardware, rewrite their applications, or modify their operations.”

VMware Cloud for AWS essentially takes the VMware environment and moves it into the public AWS cloud. The result of over a year’s worth of co-engineering effort, VMware Cloud on AWS uses the VMware vSphere/ESXi technology and deploys it on bare metal AWS servers. You can manage your on-premise vSphere infrastructure and VMware Cloud on AWS using the familiar VMware vSphere management tools. VMware Cloud on AWS is sold and entirely supported by VMware. Initially, it is deployed in the western US but they intend to spread to the rest of the AWS data centers in the near future. VMware mentioned that they intend to bring this type of service to other major clouds like Azure and Google.

The next biggest news was VMware’s announcement of their intension to move into the security space with the introduction of their new AppDefense product. Pat stated that the cost of breaches is growing faster than the security industry. Most security efforts spend their time "Chasing Bad" – trying to find that the anomalies that could be harmful. Instead, AppDefense provides a new approach to cyber security by "Ensuring Good." AppDefense leverage the vSphere infrastructure to implement a three-part capture, detect and respond security strategy.

Other news in the day one keynote was the announcement of VMware Cloud Services which are a set of SaaS services designed to provide a unified approach for visibility into cloud usage, costs, network traffic, metrics monitoring, and analytics. These services are designed to provide a consistent infrastructure and operations model across clouds and on-premises environments. VMware Cloud Services consist of:

Considering the events of the week and the widespread flooding brought by hurricane Harvey, the day one keynote wrapped up with discussion of how the Red Cross provides emergency services support making use of VMware’s any app on any device support.