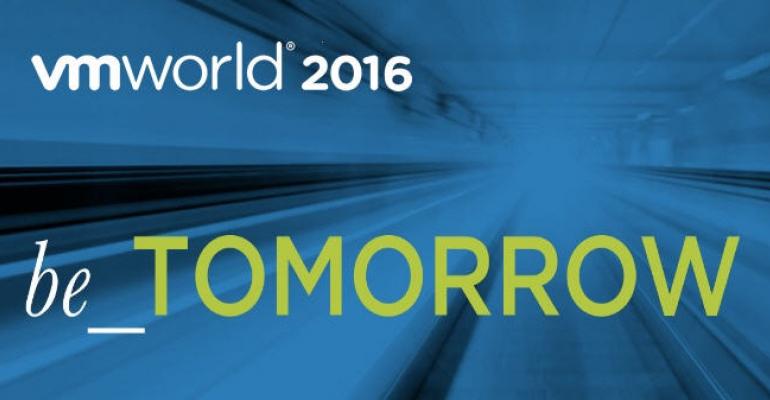 VMware CEO Pat Gelsinger kicked off this year’s VMworld 2016 conference for 23,000 attendees at the Mandalay Bay in Las Vegas.

Like the vast majority of IT infrastructure players, VMware is attempting to move into the cloud space. For VMware this certainly must be a bittersweet move as the vast majority of their business is built around vSphere and their on-premise virtualization technologies. Still, judging from the ever growing VMworld attendance numbers and enthusiastic attendees, VMware is as firmly entrenched in the IT infrastructure as it ever was.

Gelsinger said the industry is currently in the midst of the biggest period of IT disruption, but that disruption also brings with it opportunities. He predicted that the new leaders in the IT industry will be companies that rewrite the rules and lead with a cloud mobile architecture.

In 2006, the year that the cloud as we know it was born, 98% of IT was traditional on-premise infrastructure and most of the remaining 2% was from Salesforce. By 2011 cloud adoption had started in earnest. By that time VMware estimates the split was 7% public cloud, 6% private cloud and 87% traditional on-premise infrastructure. Today 15% of businesses are using the public cloud, 12% are using private clouds and have 73% traditional IT infrastructure. VMware estimates that by 2021, businesses will be 50/50 in the cloud. Clearly the cloud has continued to grow, but just as clearly VMware is right about the fact that business are going to be using a hybrid cloud model for quite some time to come.

Looking to leverage their strong on-premises presence with the hybrid cloud world, Gelsinger announced VMware Cloud Foundation. VMware estimates that 80% of all workloads today are virtualized. They have also experienced a 400% of growth of NSX network virtualization. Their Virtual SAN 6.2 storage product has been adopted by 5000 customers with 1500 coming in the last quarter. Even so, they are looking to lower the bar for private and public cloud Software Defined Data Center (SDDC) implementation. Cloud Foundation integrates compute, network and storage virtualization and can automatically provision pre-configured VMware SDDC environments for public and private clouds in hours versus weeks or months. VMware announced their partnership with IBM as an early cloud provider for Cloud Foundation.