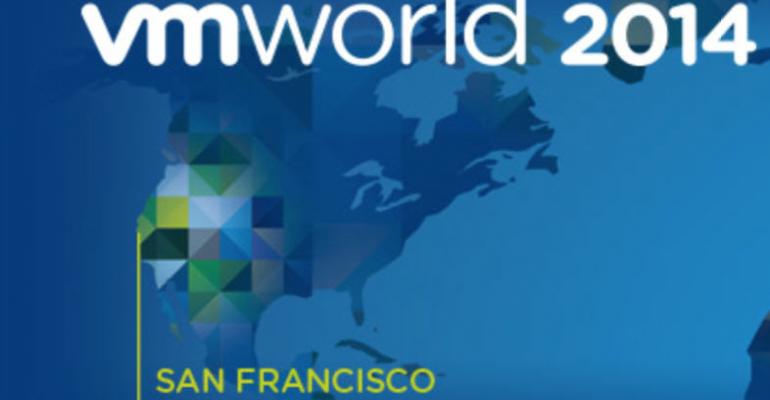 VMworld 2014 Day One: Without Limits

There’s no doubt that VMworld is one of the tech industries’ most significant conferences. With more than 22,000 attendees representing 85 countries and 400+ technical sessions, VMworld continues to grow every year. “No Limits” is this year’s VMworld 2014 conference theme, but the keynote brought other themes to mind.

One recurring phrase that was emphasized in VMware’s CEO Pat Gelsinger’s portion of the keynote was the need to bravely embrace the future. I couldn’t help but think of the Star Trek theme to “Boldly go where no man has gone before." According to Pat, moving to the software-defined data center (SDDC) and the hybrid cloud is a disruptive technology but it is also the future. Change can be risky, but it is also necessary. Sticking with the status quo will be bad for both your company and your career.

Some of the major announcements in the day-one keynote included:

Bill stated that today’s use of the cloud was primarily in the experimental phase. He mentioned that in 2009, only 2% of enterprise workloads were using the cloud. In 2014 that number has increased to 6%, but it is growing rapidly.

One of the things that really struck me was how VMware’s approach to the future of the data center, the cloud, and even tech conferences is radically different from the approach that Microsoft has taken. Microsoft has been pushing Azure and to a lesser degree the hybrid cloud. At TechEd 2014, Microsoft focused almost exclusively on Azure to the ire of most attendees.

In contrast, VMware has emphasized the SDDC. Instead of pushing the cloud, they are pushing the concept of revolutionizing your on-premises data center and expanding it to the cloud. The sessions and keynotes here at the conference reflect that. They do cover the cloud, but they also discuss on-premises technology. They also had a focus on open source and their partner ecosystem to help businesses bridge the gap between their on-premises infrastructure and the cloud.

To help customers move to the SDDC VMware also announced their new VMware EVO family, a quickly deployed SDDC-in-a-box offering that includes RAIL (an appliance) and RACK (a scalable cloud offering). If you missed today’s keynotes and you have an hour and half to spare, check out VMware Now.