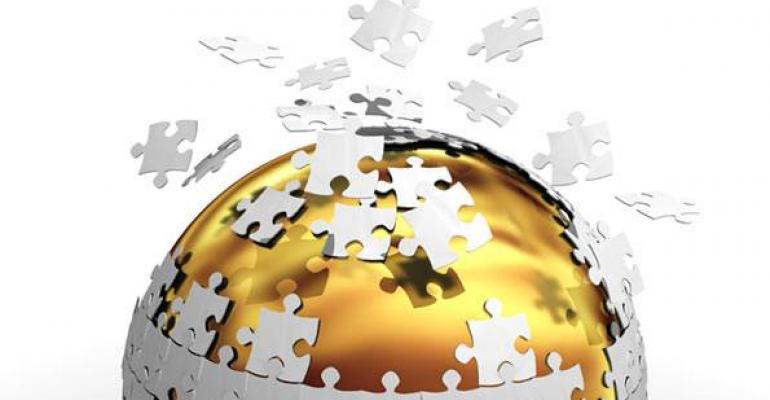 Today there were no big keynote sessions which gave me a chance to reflect on some of my overall impressions of this year’s VMworld 2013. The theme for this year’s VMworld was defy convention and the VMworld conference lived up to that. First, this conference is big and it’s getting bigger. At 22,500+ attendees VMworld dwarfs TechEd which certainly shows that VMware is not in any danger of being eclipsed by Microsoft’s Hyper-V anytime soon. Attendance was up significantly from VMworld 2012 which had 20,000 attendees.

Speaking of VMworlds in the past, I must admit I miss the days of Paul Martiz and Steve Herod. Pat Gelsinger seemed a bit lackluster and Carl Esenbach, while entertaining came off a bit too scripted. The main announcements seemed to echo this. They mostly seemed evolutionary not revolutionary. Some of the main changes were vSphere scalability enhancements and the inclusion of vCenter Automation Center in all the all the editions of the vCloud Suite. This seems tame compared to years past. In some areas like network virtualization and storage virtualization VMware seems to be playing catch-up with Microsoft.

You may have heard of the rapid growth of Hyper-V but apart from the expo floor you’d never guess there was even such a thing as Hyper-V in this conference. There is barely a mention of it in the sessions but that wasn’t the case on the expo floor. In the expo it seems like most vendors led off with their support for multiple hypervisors and multiple cloud interoperability. The hypervisor has become a commodity. The battle for the future is clearly for mindshare of the private/hybrid cloud technology.

Next VMware evidently believes that this is the Mobile-Cloud Era of computing. They eschewed printed conference materials and agendas in favor a mobile app. While not perfect I think this was a great move as all the attendees had iPhones or Androids. Being held in San Francisco it should be no surprise that this was the land of iPads. However, I couldn’t help but notice how many of these iPad users were also using paper notepads to take written notes during the keynotes Of personal interest, I did see one – that’s right one – Surface and it wasn’t mine.

However one thing I don’t like about the VMworld conference is needing to preregister for sessions. I know this is just personal gripe but I typically have number of meetings and don’t know my schedule until the last minute so I can’t get into a lot of sessions I might want to. That said the entertainment is always first rate. This year’s attendee party was headlined by Train and Imagine Dragons.

Bottom line: Delivering IT as a service is the future direction for both VMware and Microsoft and both are delivering cloud and IT automation technologies. Although the technologies are different this cloud competition can only benefit customers and some type of cloud is certainty the future for IT.