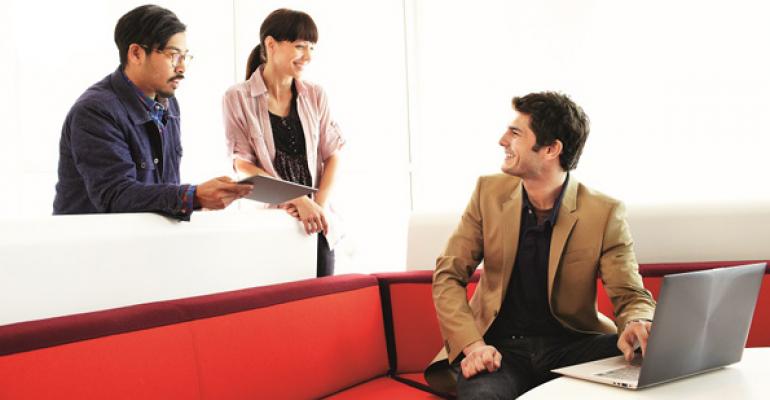 Two of the tools get big updates

Only App-V and EU-V have been updated in this release. But it's not all that surprising that MDOP 2014 R2 doesn't include more changes: Many of these tools are quite mature, and with Microsoft between OS releases—Windows 10 won't ship until late 2015—next year's entry will almost certainly be quite a bit more involved. Plus the firm's R2 releases tend to be smaller anyway.

App-V 5.0 SP3—Microsoft really knows how to name these things—is the latest version of the firm's application virtualization solution. It features enhancements to connection groups which lets you better integrate sets of virtualized applications that need to work together and can be deployed and managed as a single unit. These groups also support optional packages so that different groups of users can enable different options for different users.

UE-V 2.1 is the latest version of Microsoft's user experience virtualization solution, which is a fancy name for what we used to call roaming settings. It lets managed organizations centrally store a user's Windows and application settings, creating a consistent and familiar environment no matter which PCs the users use.

In version 2.1, UE-V picks up support for Windows credentials roaming, settings backup and restore, support for external settings storage—including OneDrive for Business—and some new extensions to existing Office 2013 settings support. That OneDrive for Business support was apparently a top customer request, and it means you can now store your users' settings in your approved enterprise cloud storage provider.

Customers with Software Assurance can download MDOP 2014 R2 from the Microsoft Volume Licensing Service Center. But the release is also available for evaluation to paid MSDN and TechNet subscribers. I thought the TechNet downloads had closed shop already, but with TechNet disappearing, perhaps Microsoft would consider making MDOP more broadly available regardless.