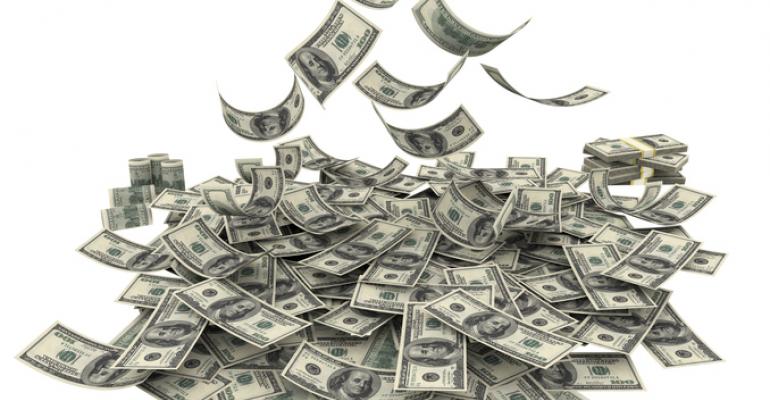 An initial Kickstarter campaign to raise $7,500 to begin development of a XenServer clone called XCP-ng has already pulled in over $32,000.

The old expression "everything old is new again" is just as true for software as it is for fad and fashion. It looks as if the bygone Linux Foundation project Xen Cloud Platform, or XCP, is set for a makeover and getting ready for a reboot as an independent project called XCP-ng.

In case you forgot (or never knew), the once-upon-a-time project was a free and open source equivalent of Citrix's then proprietary XenServer, providing a turnkey Xen virtualization solution that included everything needed to get up and running with virtualization in one package. When Citrix open sourced XenServer in 2013, however, there wasn't much need for XCP anymore and the project was pretty much abandoned.

Related: How to Monetize an Open Source Project

Although XenServer has found a substantial user base, it's never really seen much of a developer community form around it. Most development still comes from Citrix, which retains skin in the game from its commercial support program and from its paid version of the platform containing features not available in the free version. The failure to attract a healthy developer community isn't surprising, because open source developers often have an aversion to projects using such an "open core" business model.

XenServer's users seemed to be happy with the project's direction until last December's release of version 7.3, which moved previously free features to the paid version and made patches unavailable to previous versions without a paid license (although an exception was made for Meltdown/Spectre patches for XenServer 7.2).

"[A]ll new patches, even security ones, won't be available," explained Olivier Lambert in an email interview with The Register a couple of weeks back. "You're 'forced' to go to 7.3 and get less features."

Lambert, a resident of France and CEO at Vates, a XenServer related business, is spearheading the effort to make XCP-ng a reality. He said the problem with XenServer isn't merely the removal of features and withdrawal of patch support, but points out that because the project is developed almost completely by Citrix, it doesn't have much of a gene pool. It's also not well documented, making it difficult for developers to build on it.

"XenServer is meant to work well with their flagship product[s] (XenApp/XenDesktop)," he said. "It means they have less interest in server virtualization."

One thing he'd like to see is for the new project to "create a dynamic community around it, with multiple partners, individual or companies," which would help keep a single viewpoint or agenda from dominating the project. He would also like "to document the entire build process," to make it easier for developers to test settings, pinpoint bottlenecks, and add new features. In addition, he would like to recreate features that are currently found only in the paid version of XenServer and include them as part of the XCP-ng open source package.

He's wasted no time getting started and has already assembled a small team of four people to help get the project going. Efforts to attract others to the project seem to already be underway as well. When ITPro Today attempted to contact the project this weekend, we were told that everyone connected with the organization was busy at FOSDEM, an EU-based annual open source conference, presumably to attract interest in the project.

Money issues also appear to be under control, at least for the time being.

On Friday the project fired-up an all-or-nothing funding round on Kickstarter, seeking to raise €6,000 (about $7,500) to be used to "deliver a simple yet functional release." According to the Kickstarter page, that figure was the first of a three-phase funding goal. Phase two was set at €12,000 for creating documentation, adding automation and other purposes, and the final phase at €25,000, to add items such as bundled Gluster support and support for the ZFS file system.

That's gone well. Within the first 24 hours the campaign raised enough money to unlock both of the first two phases of funding, and by press time this morning had raised a total of €25,981, meaning the project has met all of its goals, with 26 days left in the initial campaign.

Lambert promises transparency, saying the money will be managed publicly and will track expenses on GitHub.