Learn about the various enterprise threat management strategies and technologies on this topic page. 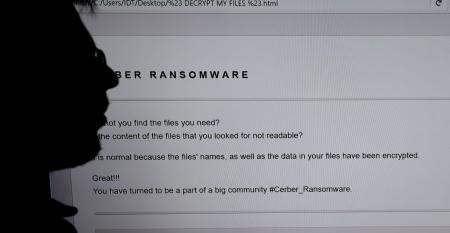 Trickbot Investigation Shows Details of Massive Cybercrime Effort
Jun 11, 2021
Nearly a score of cybercriminals allegedly worked together to create the Trickbot malware and deploy it against...

Is the US Government Doing Enough About Ransomware?
Jun 10, 2021
The government is taking cybercrime more seriously than ever, but it should do a lot more than it has done so...

Application Delivery from Google Cloud with Citrix ADC
Looking to optimize your app experience across multi-cloud environments? Register here for a live webinar on 6/23

Threat Hunting Basics: What You Need To Know
Jun 09, 2021
Done right, threat hunting can produce substantial cybersecurity benefits to an organization. This report breaks down the threat hunting basics, including what IT pros need to know about the tools, techniques and people involved in successful...

A View From Inside a Deception
Jun 03, 2021
Pen-testing today's threat deception technology is not for the faint-hearted. Do modern deception tools truly frustrate adversaries, and are they ready for the enterprise SOC?

A Wrench and a Screwdriver: Critical Infrastructure's Last, Best Lines of Defense?
Jun 03, 2021
Critical infrastructure's cybersecurity problems are complex, deep-rooted, and daunting. Addressing them won't be easy...but it isn't impossible.

RSA: As Ransomware Threats Mount, It’s Time for Coordinated Tactics
May 20, 2021
Malicious actors have used ransomware attacks with impunity to disrupt business and society at large. Government and industry...

Attackers Seek New Strategies to Improve Macros' Effectiveness
May 07, 2021
The ubiquity of Microsoft Office document formats means attackers will continue to use them to spread malware and infect systems.
Load More