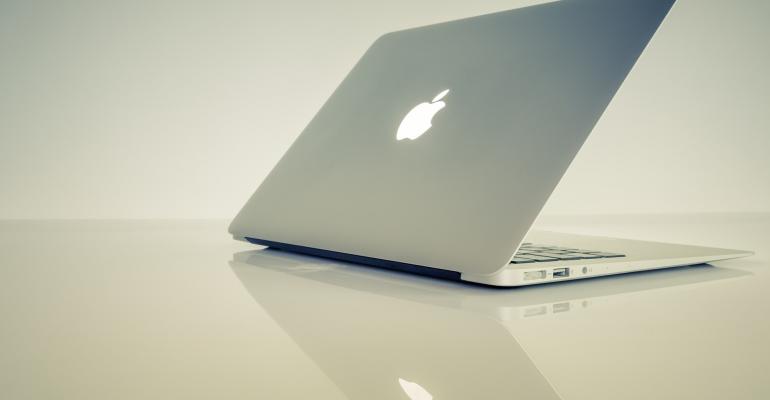 Microsoft has revealed they will now offer the freshly renamed Microsoft Defender Advanced Threat Protection (ATP) to customers on MacOS. In addition, the previously announced Windows Virtual Desktop service on the companies Azure cloud platform, is now available for broader testing by Office and Microsoft 365 subscribers. Also we share some news around Google's AI efforts to clean up enterprise data, Slack's continued efforts to appeal to enterprise customers and new updates for Microsoft Teams as the service turns two years old.

This week Microsoft demonstrated the scope of their security ambitions with the announcement of Microsoft Defender ATP for Mac OS. Previously, the endpoint protection and detection software Windows Defender ATP was natively available for Windows 7, 8.1 and 10. It was extended to Android, iOS and Linux-based systems only through assorted partners.

With this move to MacOS and the name change, Microsoft broadens the reach of its threat-investigating security software, making it attractive to IT admins who are responsible for multiple end-user platforms. Users can manage threat protection through the Microsoft Defender ATP Portal alongside all of their other devices using a single pane of glass rather than multiple dashboards from different providers. This consolidation means an IT department has fewer sites to access in order to monitor and analyze user activity and security risks, thus freeing up resources and time to focus on more strategic processes within a company.

The new Microsoft Defender ATP for MacOS will run on Sierra, High Sierra and Mojave versions of the Mac operating system and is now available in a limited preview. Interested users will soon be able to manage the configuration and deployment on their MacOS endpoints using Microsoft Intune but in the interim, they can use alternative Mac and MDM tools to adjust several settings.

In addition to the news about Microsoft Defender ATP, Microsoft also finally announced the availability of a public preview for their new Windows Virtual Desktop service. Initially announced last September at Microsoft Ignite, this new service will use Azure. Access to the service is free; customers pay for the compute, storage and networking costs for the virtual machines used under the subscription. The new virtual desktop service supports multi-session Windows 10 desktops and single session Windows 7 desktops.

As the end of support for Windows 7 approaches -- it is set for January 14, 2020 -- this new service could provide an option to companies which still need to use Windows 7 after that date arrives. Although there is a program announced to receive extended security updates (ESU's) for Windows 7 beginning next January, that cost can add up very quickly depending on the number of machines requiring ESUs. Those costs are on a per-device basis and double each year over the course of the three years of ESUs.

However, the new Windows Virtual Desktop service on Azure will include those same ESU's at no additional cost for Windows 7 based virtual desktops.

Interested users can get started with testing the Windows Virtual Desktop service preview through their company's Azure portal.

A new technology from Google's AI team aims to tackle the issue of "cleaning up" enterprise data. In classic machine learning scenarios, data is labeled by subject-matter experts before or as it is fed into a machine-learning system. (In effect, people sort the data and the algorithms learn from the data labels and hierarchies people have set up.) In Google's Snorkel DryBell methodology, the subject experts write code functions that assign labels to data automatically, and a neural network then compares labels that are generated and weighs how "true" or "not true" those labels might be for each data item. In other words, the machine learns how to sort its own data based on a few algorithms. As of now, it's still learning.

Slack has officially launched Enterprise Key Management (EKM), an available-for-purchase feature. This security option offers paying admins keys to encrypt and decrypt sensitive data stored in Slack including messages, files and comments. In addition, admins can turn off user access to data at any point and they've got the option to see logs of all the messages and files that are decrypted, thus keeping an eye on who's accessing data and how. The feature will be useful for customers subject to data regulation and compliance.

Microsoft Teams turned two this week and for its birthday, it announced two features limiting the flow of information in the collaborative workspace. The Secure Private Channels feature allows users to limit which team members can see the associated conversation and content within that channel, and the Information Barriers feature will help users " avoid conflicts of interest within your organization by limiting which individuals can communicate and collaborate with each other in Microsoft Teams." The company will also add live captioning to meetings held within teams, improving accessibility for non-hearing participants. Finally, new content capture tools will allow Teams meeting remote participants to see what's going on in a meeting's whiteboarding session or launch their own collaborative whiteboard space within the meeting so everyone can participate.

Azure Backup for SQL Server Virtual Machines (VMs) is now available to customers. Microsoft says the goal of the product is to centrally manage and monitor enterprise backups on standalone SQL instances and Always On Availability Groups, and the new backup for virtual machines offers point-in-time database restores and role-based access control to encrypted backups for improved security.