/sites/all/themes/penton_subtheme_itprotoday/images/logos/footer.png
Recent
Recent
To the Test: Extreme Hard Drive Disposal Methods
Jul 04, 2020
Solving the US Data Center Renewable Energy Puzzle
Jun 30, 2020
How the Pandemic Has Forced a New Normal in the Data Center
Jun 30, 2020
Open Source NAS Update: As Much about Development as Storage
Jun 30, 2020
FinOps Foundation Brings New Focus to Cloud Costs
Jun 30, 2020
Featured
Make Remote Working Work for the Enterprise
Oct 09, 2019
Windows 7 to 10 Migration Tools Buyer’s Guide
Jun 17, 2019
5 Key IT Skills for the New Decade
Jun 27, 2019
Is the DevOps Model Killing the Developer? In a Word, No
Jun 29, 2020
Fearless Security Blog
brought to you by 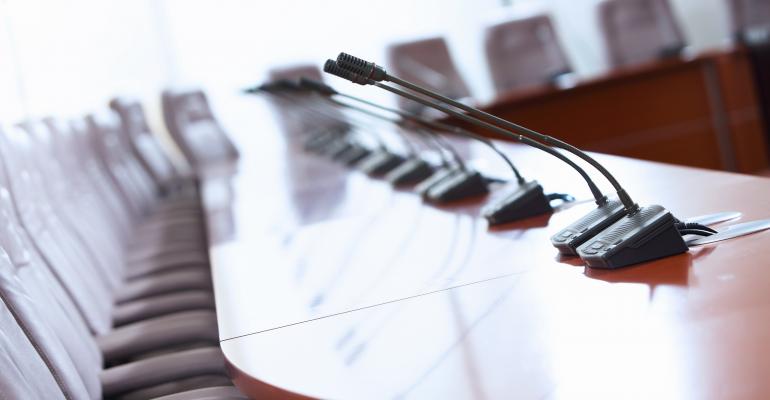 I begin my annual review of the hacker/security conference in Las Vegas with the usual rundown of the litany of fun and horrors that is DEF CON.   This year, it was the best of Cons, it was the worst of Cons.  Somehow every year, in spite of moving to bigger and bigger venues (this year it was split across two mega-strip hotels; Ballys and Paris), they always manage to underestimate the attendance and the crowds continue to be epic and reach almost Who concert crushing levels.  Like many things at DEF CON, it is chaos by design, since you cannot preregister, and tickets are cash only , at the door so pre-planning any kind of capacity related thing is a best guesstimate.     The long lines to get into some sessions and the funky retro records given out as badges so that everyone walking around with them around their neck looked like some white nerd version of Flava Flav were part of the perennial grumblings about DEF CON by attendees.  Yet, this year featured the fullest schedule ever, with more sessions, villages, labs and bigger parties than any year before it.  And based on the content of the sessions I attended, the quality only keeps going up.  They are vetting the speakers better as the topics were more topical and the speakers less drunk and more audible and understandable than ever.   And adding a personal victory (honorable mention in the “hack the badge” contest, analog division with our simple turn table to play the record  badge), made it one of my favorite and most memorable Cons yet.

However, in my primary journalistic goal of reporting on the rise of women at the con, I mostly failed.  No data is or will be forthcoming from the organizers since they don’t collect it (see previous statement).  Attempts to do rough counts in hallways and sessions led to widely disparate figures depends on location and session; anywhere from 1% to 20%.   However, I was able to obtain an anecdotal relative measurement from one of the females attending in my group.   She noted that the women’s restrooms were much more crowded than past cons.   In years past, some of the female facilities would actually be repurposed as male bathrooms since they were little needed for the few fairer sex walking around.  So, based on these rather unscientific data, I can say that attendance of females is up, and increasing each year, though still woefully short of anything approaching parity.   There were areas of hope though, especially in the young attendees of the DEF CON Kids side conference for children of the adult attendees, which features lessons in soldering and lockpicking as well as sessions on Internet safety, ethics and privacy.  There seemed to be equal numbers of young boys and girls learning to be creative and challenge all things technical.   And one company with a sizable presence both at Blackhat and DEF CON, Bug Crowd was giving away t-shirts featuring the famous female navy coder Grace Hopper, inventor of the COBOL language.  She is also responsible for the coining of the term computer bug, when she “debugged” an early computer by freeing the moth flapping around inside it.  Casey Ellis, CEO and founder said the theme fit their overall mission of crowdsourcing bug and security vulnerability discovery, but it was nice to see a famous female in computing showcased in such a way.  So all is not dim, things are improving and certainly DEF CON is not solely responsible for promoting female careers in InfoSec.  However, we have to find ways to both attract more women into the field and keep them there, happily employed.   Because not only is a robust IT security industry going to be a key element to our economic growth, it will be vitally important in our nation’s defense.  The US is being owned in cyberspace these days.  Chinese hackers seem to come and go at will through our government networks.  Sooner or later, Islamic fundamentalist enemies will direct their attention and training to perpetrating acts of mass cyber disruption and we need to be ready to defend and deflect these attacks.  And only by having our best and brightest, many of which will include women can we stand a chance of succeeding in that task.