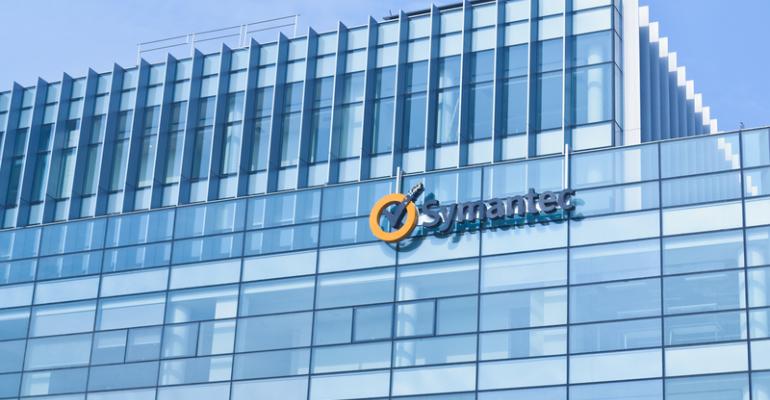 The transaction announced Thursday will refocus Symantec on its consumer-facing products, such as the LifeLock identity-protection brand and Norton antivirus software.

The deal, which is expected to close in Broadcom’s fiscal first quarter ending in January, comes less than a month after the two companies’ discussions for a full merger fell apart over disagreements about the price. The transaction announced Thursday will refocus Symantec on its consumer-facing products, such as the LifeLock identity-protection brand and Norton antivirus software.

The acquisition marks Broadcom’s second big bet in software, following its $19 billion takeover of CA Technologies last year. Chief Executive Officer Hock Tan is spreading the reach of the company he built through acquisitions in the chip industry, and is now using a similar playbook to extract value from software assets that are struggling to grow.

Symantec has been grappling with major challenges in the past year, facing job cuts, an internal investigation that led to restated earnings and the sudden departure of its CEO in May. The 37-year-old company provides products and services to more than 300,000 businesses and 50 million consumers, according to its website.

“This transaction represents the next logical step in our strategy following our acquisitions of Brocade and CA Technologies,” Tan said in a statement. Broadcom will use its sales channels to pitch Symantec products to its corporate customers.

Broadcom said it expects $2 billion in sustainable revenue from the acquisition, which will deliver earnings before interest, tax, depreciation and amortization of $1.3 billion. The company will carve out “more than $1 billion of run-rate cost synergies within 12 months following close,” it said in the statement. The transaction doesn’t need approval in China, Chief Financial Officer Tom Krause said on a conference call.

Broadcom is maintaining its fiscal year 2019 sales forecast of $22.5 billion. About $17.5 billion of that revenue will come from chips and $5 billion from infrastructure software, the company said in the statement.

The chip market is still suffering from the impact of the trade dispute between China and the U.S., but business conditions haven’t worsened since the company gave its forecast in June.

Broadcom is going to concentrate the use of its cash flow on paying down debt to make sure it retains its investment rating, Krause said.

Symantec had been projected to report overall sales growth of just 1% in its current fiscal year, according to analysts’ estimates. That would follow a 2% decline in the previous 12 months. Symantec’s lackluster outlook mirrors the performance of previous targets for Tan and his team. So far he’s been successful in turning them around.

The enterprise business generated about $2.3 billion in sales in the last fiscal year for the Mountain View, California-based company. While Symantec’s revenue may not be growing, the purchase of a piece of the company will bring with it wider profit margins -- higher than those typically achieved in the chip industry, which historically requires greater levels of investment and higher costs to build products. Symantec’s gross margin, the percentage of sales remaining after deducting costs of production, will reach 83% this year, according to estimates. Broadcom’s margin is predicted to be a full 10 percentage points lower than that.

Symantec said the sale is expected to generate $8.2 billion after taxes, which it will provide to shareholders after the completion of the deal in the form of a special dividend of $12 a share. It plans to cut jobs, reducing its headcount by about 7%. It’ll also close some facilities incurring charges of about $100 million.

Tan’s strategy has been to acquire “franchises,” groups or businesses within companies that have sustainable market positions through technology leadership. He then invests in them to maintain that leadership, running the purchased units as distinct parts of Broadcom, rather than integrating them.

The discipline he’s brought to his acquisitions and the spinoff or sale of other assets has created a more profitable company. Broadcom’s estimated gross margin for fiscal 2019 is more than 10 points wider than what the company reported in 2016.