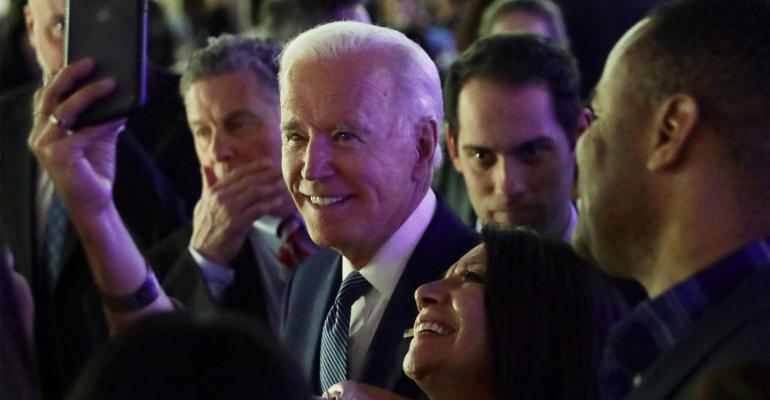 The August 25 meeting will convene industry leaders late next month to discuss strategies for confronting the growing threat of cyberattacks.

(Bloomberg) -- President Joe Biden will convene industry leaders late next month to discuss strategies for confronting the growing threat of cyberattacks, according to a spokesperson for the White House National Security Council.

The meeting, scheduled for Aug. 25, will take place after several disabling assaults underscored the vulnerability of companies and other institutions, including hospitals, to ransomware crews -- many of whom operate in countries that have strained relations with the U.S. -- and the urgency of a broad, robust response.

The NSC spokesperson did not say who would be attending the meeting or provide further details, other than to say it would include members of the president’s national security team as well as other administration officials.

This week, the U.S., U.K. and their allies formally attributed the attack on Microsoft Exchange’s email servers earlier this year to operatives affiliated with the Chinese government and accused Beijing’s leadership of a broad array of “malicious cyber activities.”

The group of nations said Monday that the Chinese government had been the mastermind behind a series of malicious ransomware, data theft and cyber-espionage attacks against public and private entities. China strongly denied the accusations.

Separately, Biden has urged Russian President Vladimir Putin to act against ransomware gangs in his country who are blamed for several recent ransomware attacks.

In a virtual briefing with members of Congress last week, Deputy National Security Adviser Anne Neuberger said that the White House had created a ransomware task force and that the administration’s strategy involved efforts to disrupt ransomware operations, confront the use of cryptocurrencies in attacks and work with allies to encourage other nations not to harbor attackers, according to people familiar with the discussion.