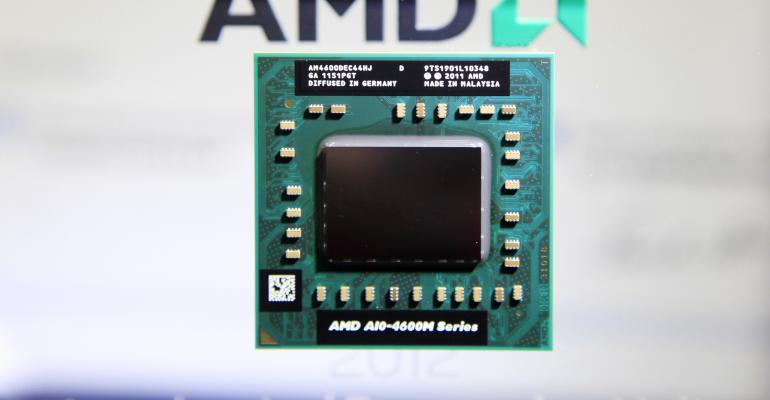 Advanced Micro Devices Inc. surged in early trading after a report that Intel Corp., its only remaining rival in the market for personal computer processors, has a flaw in its products that makes commonly used operating systems vulnerable to hackers.

(Bloomberg) --Advanced Micro Devices Inc. surged in early trading after a report that Intel Corp., its only remaining rival in the market for personal computer processors, has a flaw in its products that makes commonly used operating systems vulnerable to hackers.

According to technology website The Register, Intel has a bug that lets some software gain access to parts of a computer’s memory that are set aside to protect things like passwords. All computers with Intel chips from the past 10 years appear to be affected, the report said, and patches to Microsoft Corp.’s Windows and Apple Inc.’s OS X operating systems will be required. The security updates may slow down older machinery by as much as 30 percent, according to the report.

“This is a black eye for Intel and a natural beneficiary is AMD in the arms race on the chip side,” said Dan Ives, head of tech research at GBH Insights. “Especially as you’ve seen an ultracompetitive environment with a slowing traditional PC chip cycle, this is a step back, this is a potential PR nightmare. They need to get ahead of this and try to contain any of the damage to customers as well to the brand."

Flaws in the designs of microprocessors, which go through rigorous testing and verification, are usually easily fixed by patches in the code that they use to communicate with the rest of the computer. If the error can’t be fixed easily in software, chip redesigns are extremely costly and time consuming. Historically, the way companies respond to the issue and how quickly they address it has determined how big a problem it becomes.

Chip design flaws are exceedingly rare. More than 20 years ago, a college professor discovered a problem with how early versions of Intel’s Pentium chip calculated numbers. Rival International Business Machines was able to make use of the finding and claim Intel products would cause frequent problems for consumers’ computers. While that didn’t happen, Intel had to recall some chips and took a charge of more than $400 million.

Intel’s microprocessors are the fundamental building block of the internet, corporate networks and PCs. The company has added to its designs over the years trying to make computers less vulnerable to attack, arguing that hardware security is typically tougher to crack than software.

The Santa Clara, California-based company’s chips have more than 80 percent market share overall and more than 90 percent in laptops and servers.

Programmers have been working for two months to try to patch the flaw in open-source Linux system, The Register said, adding that Microsoft was expected to release a patch for the issue soon.