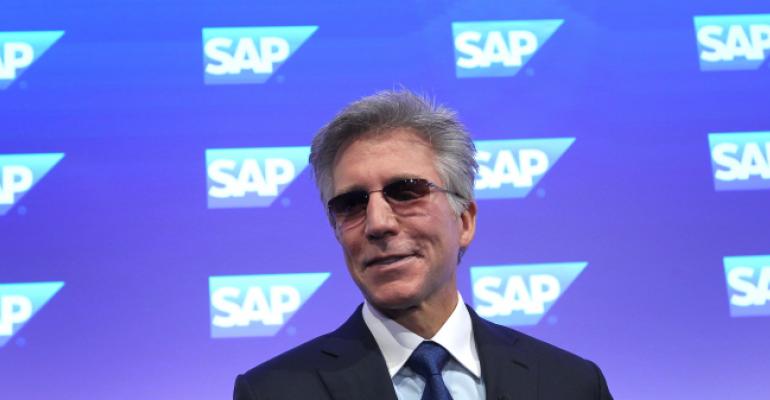 The two SAP veterans will become co-CEOs effective immediately, the company said Thursday in a statement. McDermott, 58, will remain at the company in an advisory role through the end of the year.

Shares of SAP rose as much as 8.4% in Frankfurt on Friday, the most since April, and are up 31% for the year.

Morgan, 48, who joined SAP in 2004, most recently served as president of the software giant’s cloud business group. She became the first American woman appointed to SAP’s executive board in 2017 when she was named president of the Americas and Asia. Klein, 39, joined SAP as a student in 1999 and has been chief operating officer since April 2016, and on the executive board since 2018.

McDermott’s departure was unexpected, but the new co-CEOs were on investors’ “short-list” to take over in future, Citigroup analysts including Walter Pritchard said in a note.

“The decision was made based on my determination that 10 years is a long time to be CEO,” McDermott said on a conference call after the announcement. “You get to the point when you have done what you set out to do and then some.”

McDermott joined Walldorf, Germany-based SAP in 2002 and was the first American to hold the CEO position at the firm. He embraced cloud computing, changing the way SAP sold software so customers could use it over the internet. He’s been transitioning the company through acquisitions and revamped products, challenging rivals Salesforce.com Inc. and Oracle Corp.

While SAP had pledged to triple cloud revenue by 2023, the effort has shown mixed results and the company has pushed to shore up profit margins with the support of activist investor Elliott Management.

Earlier, SAP reported preliminary third-quarter revenue and profit that topped analysts’ estimates. Cloud bookings, a key metric in the company’s transition, increased 33% on a constant currency basis, more than double the pace of the second quarter, the company said.

SAP’s 3Q results “will likely be received positively and we’d expect will drive a relief in shares,” Citi said in its note.

McDermott cited the strong results as a reason for the timing of the leadership change, saying he wanted to give his successors the reins while the company is at “maximum strength.”

Morgan said she was only three hours into her tenure so didn’t know what changes she might push for, but expressed optimism in the leadership structure.

“I’m a very big believer that when two people come together, you can really get a lot done,” she said on the conference call.

McDermott said he was uncertain about his future plans.

“I will do something at some point,” he said. “But today’s SAP’s day. There is no doubt in my mind the future of SAP is even brighter now.”