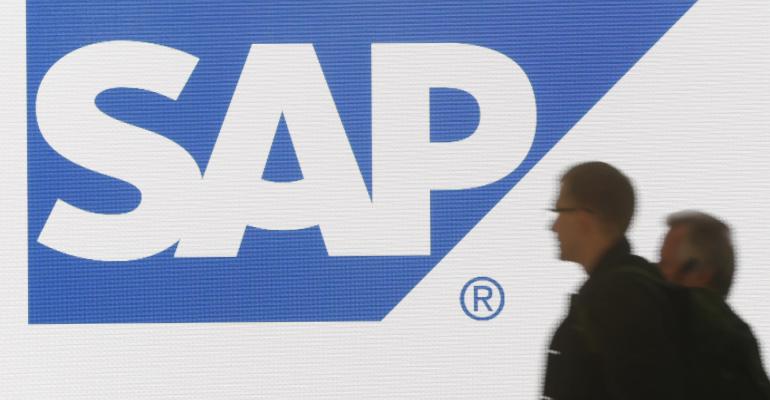 The $8 billion purchase of Qualtrics International Inc., whose software gathers and analyzes data, is meant to strengthen SAP’s offering in the customer relations management sector.

(Bloomberg) -- SAP SE is making its largest acquisition yet as it battles rivals including Salesforce.com Inc. in selling software to clients that want to better understand their customers.

The $8 billion purchase of Qualtrics International Inc., whose software gathers and analyzes data, is meant to strengthen SAP’s offering in the customer relations management sector. That’s a field Europe’s biggest software company wants to gain a stronger foothold in because it’s growing faster than its core enterprise software business.

Based in Utah, Qualtrics collects data on customers, brand, employees and products -- such as emails, social media posts and in-app data -- to give companies insights into how their customers behave or feel about them. The startup had been planning on listing on Nasdaq in a deal with a potential valuation of up to $4.5 billion.

SAP fell as much as 4.7 percent in early Frankfurt trading on Monday, as analysts questioned the price of the deal. It’s an expensive plan to buy growth, said Neil Campling, an analyst at Mirabaud. The offer price, about 20 times Qualtrics’s sales this year, is an “extremely high multiple which ever way you look at it,” he said in emailed comments.

SAP, led by Chief Executive Officer Bill McDermott, has secured financing of 7 billion euros ($7.9 billion) to pay for the purchase, the company said late on Sunday. This is the German company’s largest deal to date, according to data compiled by Bloomberg, topping its 2014 acquisition of Concur Technologies Inc. for $7.2 billion.

SurveyMonkey, a close rival, surged as much as 67 percent in its trading debut in September after the online-polling startup raised $180 million in its bigger-than-targeted U.S. initial public offering. However the deal was initially priced below its $2 billion valuation in a 2014 private funding round.

Qualtrics sees sales exceeding $400 million this year and forecasts a forward growth rate of greater than 40 percent. Their planned IPO was more than 13 times oversubscribed, CEO Ryan Smith said. The company was valued at $2.5 billion in a 2017 private funding round and its customers include Microsoft Corp., JetBlue Airways Corp. and General Electric Co.

Customers don’t need extensive coding expertise to use Qualtrics’s tools, and can use features such as automated sentiment analysis of open text responses. Saks Fifth Avenue Inc. uses Qualtrics to create questionnaires for feedback on its fashion brands; Whole Foods Market Inc. uses it to gather and analyze the qualifications of its employees.

"SAP is launching a greater push into CRM, which is growing at 20 percent and is becoming one of the biggest markets in the software space,” said Holger Schmidt, an analyst at Bankhaus Metzler. “It’s about collecting more data -- about products, customers and supply chains.”

SAP anticipates that the transaction will close in the first half of 2019, and Qualtrics will operate as an entity within SAP’s cloud business group. Ryan Smith, Qualtrics’s CEO, will continue to lead the company, which will maintain dual headquarters in Provo, Utah, and Seattle.

Qualtrics resisted taking venture money for over a decade before finally agreeing to deals with Accel and Sequoia Capital. Ryan, who reportedly once turned down a $500 million offer for his company, his family members and other major shareholders are now poised to get about $7 billion for their shares.

“We want to be working with SAP and that’s what we’re most excited about,” Smith said on the call.

Qualtrics was advised on the transaction by Qatalyst Partners and Goodwin Procter, LLP. JPMorgan Chase & Co. acted as a financial adviser and Jones Day acted as legal adviser to SAP.