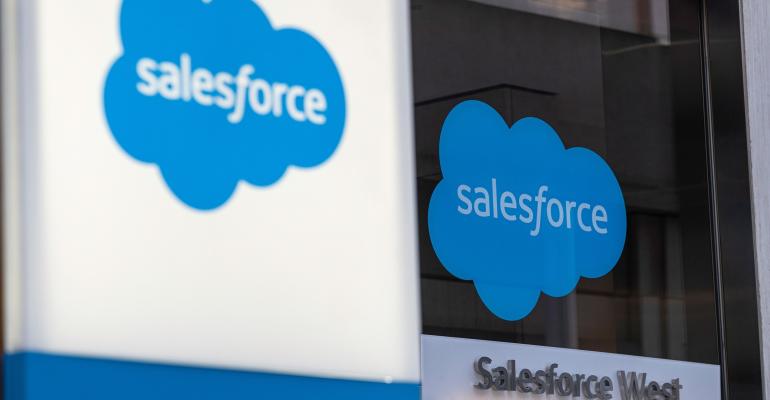 Enterprise technology giants are finding that customers aren’t as eager to sign software subscription deals as they were a few months ago.

(Bloomberg) -- US companies aren’t sure if we’re in a recession, but they’re pulling back spending just in case. First it was travel and hiring -- now they’re even getting nervous about buying the software considered essential for their businesses.

Enterprise technology giants are finding that customers aren’t as eager to sign software subscription deals as they were a few months ago. Companies are still buying programs to help with data storage, customer relations and human resources, but they’re delaying those purchases a bit -- and the chief financial officer probably needs to take a peek at the contract and sign off first.

“Executive teams are scrutinizing all purchasing decisions and we are seeing some deals take longer to close,” Salesforce Inc. Co-Chief Executive Officer Bret Taylor said on an earnings call last week after the company gave a quarterly revenue forecast that missed estimates and lowered its annual sales guidance.

Salesforce isn’t alone -- that phrasing, or a variant of it, was uttered often in recent weeks, including by executives from Palantir Technologies Inc., Workday Inc., Zoom Video Communications Inc. and many other technology companies.

You can see it in the data: Longer sales cycles have been mentioned 52 times on earnings calls or investor days this quarter, the most in at least five years, according to a Bloomberg review of almost 120 companies listed in the S&P North American Expanded Technology Software Index. It’s more than double the previous quarter; the only other period that comes close is the second quarter of 2020 -- when Covid-19 was starting to hit the US.

Those executives also talked about a challenging business environment and a softening of demand amid high inflation and fears of a recession. While there isn’t much evidence that customers have cut their software spending, they’re hesitant to add more, which is bad news for software makers that have promised investors consistently high growth. This trepidation amounts to billions in deferred revenue for companies that have already seen valuations drop this year. That same index is down 35% from a November peak, almost three times the drop of the S&P 500.

In addition to Salesforce, Palantir, Zoom and Twilio Inc. were among the software companies that gave revenue forecasts that fell short of analysts’ estimates or cut their outlooks.

ServiceNow Inc., a maker of workflow software, may have been the first to signal the trend. In July, CEO Bill McDermott outlined concerns about the economic environment in a CNBC interview, which drove down shares across the entire sector. A few weeks later, ServiceNow reduced its full-year revenue forecast in part due to a potential pullback in demand.

Hardware tech providers aren’t immune from the buying anxiety either. Dell Technologies Inc., which sells computers and other business infrastructure, last week gave a gloomy outlook for the second half of the year, which on Friday triggered the stock’s worst drop since 2018. A slowdown in personal computers was expected, but softening demand for networking capacity and servers came as a surprise, wrote Bloomberg intelligence analyst Woo Jin Ho.

Dell’s warning also dragged down the shares of HP Inc. and Hewlett Packard Enterprise, which are scheduled to report results on Tuesday.

Not every firm has encountered these worries. Data architecture provider Snowflake Inc. had its best day since a red-hot 2020 initial public offering after the company reported it was having no problem picking up new customers. Part of its success may be that clients don’t have to sign contracts at all.

Snowflake charges based on a consumption model -- customers pay as they use the products rather than an upfront fee for a certain period of time, which has long been the industry standard. Analysts have viewed Snowflake’s sales technique as a liability, figuring that customers can more quickly dial back spending when sentiment sours. But this quarter the model “flipped from a liability to an advantage,” David Holt, an analyst at CFRA Research, wrote in a note.

CEO Frank Slootman sounded vindicated during the company’s earnings call last week. “We actually think it’s an advantage in the type of times we’re living in, as opposed to a negative, which is what it has been portrayed by the sell side and the media,” he said.