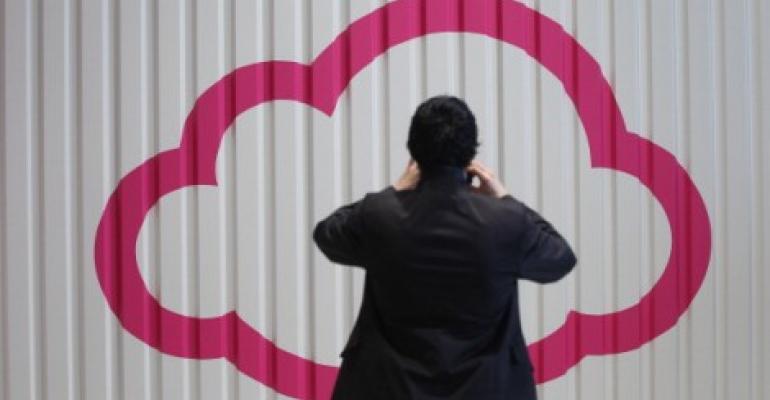 SaaS Keeps SMBs and Solopreneurs from Falling Behind in Cloud

Mom-and-pop shops and sole proprietors can use enterprise-grade SaaS to take on the big boys.

Brought to You by Talkin' Cloud

While large enterprises and high-tech startups instigated the SaaS infrastructure revolution and primarily benefited from it, many mainstream small-and-medium-size businesses (SMBs), sole proprietors and “mom-and-pop” retailers may feel like they got left behind by cloud computing. However, the story remains more complicated. Strategic-thinking SMBs from Main Street have also harnessed Web 2.0 to leverage their narrower HR power to appear virtually as large as the big boys.

With the rise of Amazon Web Services (AWS), Microsoft Azure and other public customer cloud platforms as well as B2B SaaS applications and more, even the solopreneurs among us can tap on-demand, online software.

“Now that SMBs and mom-and-pop shops don’t have to have their websites hosted on GoDaddy and can go live in the AWS Cloud, they have taken a giant leap forward,” says Shawn Moore, CTO, Solodev, a web experience platform. “But someone still needs to build, manage and optimize their websites. Enter the DIY CMSes like SquareSpace, Weebly, Wix and WordPress. Now your local pizzeria can build its site in WordPress, host it free on AWS cloud computing and compete with Papa John’s and Pizza Hut.”

The missing puzzle piece? Moore believes whoever identifies how to scale technological and marketing personnel as a commodity will win in SMB software.

Analysts forecast SMB purchases of software products and services will become the largest IT segment by 2020. That sector will reach 38 percent of the market according to International Data Corporation. But even with that buying prowess behind them options for implementing cloud software have limited existence and maybe not the highest quality, according to certain consultants. Logically, this could lead management at innovation SMBs to take a cautious stance on business expansion.

But with President Donald Trump a small business champion, according to his spokesperson, small-business confidence has hit a high not seen since 2004, a recent survey reveals. And that confidence has spread to plans for launching cloud solutions to build commercial relationships, with help of outsource IT professionals, according to those consultants.

For example, Diener Precision Pumps, an SMB manufacturer of precision piston pumps, found Salesforce the right cloud platform to get closer to customers and achieve its goals, according to Bluewolf, a strategic Salesforce consulting partner.

“We greatly needed a system of record for quick insight and reporting of our global sales, and with the right partner we were able to transform sales operations immediately,” says Mike Gann, IT engineer, Diener Precision Pumps, referring to Bluewolf Go. “In just one month, they delivered a fast Salesforce implementation. We now have the transparency to make the most of every customer moment and achieve our business goals.”

How SMBs Should Decide to Move to Cloud Computing

When implementing software, the question of SaaS versus on-premises remains fundamental. The decision usually depends on importance of cost, performance, control and data ownership, according to IT professionals. This strongly varies per the size of the mom-and-pop business, in their opinions.

If applications have basis in the web browser, it may not matter whether they feed data from the cloud or a local network, according to Vadim Vladimirskiy, CEO of Adar, provider of Nerdio IT-as-a-Service for SMB IT staff and their MSPs. However, with some SaaS subscriptions, the cost efficiency equation may change with scale, getting more expensive with more users, according to Vladimirskiy.

“But SaaS options typically have a very low barrier to entry,” Vladimirskiy says. “They don’t require hardware infrastructure to be set up, software to be installed and configured or ongoing updates to be tested and deployed. It’s typical for a small SaaS deployment to be very cost effective.”

One of the biggest considerations SMBs need to make for SaaS regards the common platform a cloud computing solution provides to the customers running in the same instance, according to Vladimirskiy. An advantage remains that any upgrade made to the application simultaneously benefits everyone on the same servers and databases. But also the fact the same environment gets shared by many creates a limitation on any feature customization for individual customers. Basically, SMBs have to take what they can get from a SaaS solution.

Not only do MSPs that offer SaaS platforms provide SMBs the opportunity to compete with larger, more resource-laden companies but also enable them to make some of these big enterprises their customers. For example, a 10-person IT company, Agrei Consulting, worked with BitTitan, a Microsoft MSP platform enablement provider, to migrate a worldwide company with multi-workload Google apps to a virtualized Microsoft productivity suite. Specifically, Agrei Consulting used BitTitan MSPComplete to automate many of the tasks for migrating 40,000 Gmail accounts, successfully accelerating timelines, according to them.

“We won the business of a global conglomerate in the media space,” says Israel Heskel, founder and CEO, Agrei Consulting. “We took on and completed the project moving a company of more than 30,000 employees across the globe to Office 365 in under four weekends—a task normally only possible for an IT service provider of 5,000 employees. This thrilled executives and delighted users with a smooth transition to Office 365. BitTitan can migrate just about anything to Office 365—whether a project for 12 or more than 150,000.”

In the modern workplace dissent does not often occur when it comes to virtualization—not only virtualization of Microsoft technology but also task delegation. As many SMB executives constantly work from the road, a lot of them could use virtual assistants (VAs) to take care of mundane meeting arrangements, travel schedules, memo writing and so on. A VA not only gets delegated the work to oversee projects and tasks but also keep the executive current on her market trends and options.

“An SMB executive doing all her own work will not stay competitive,” says Melissa Smith, founder, The Personal Virtual Assistant, and author, Hire the Right Virtual Assistant. “One reason large companies are so effective and successful is because they know how to use resources. They don’t spend hundreds of thousands of dollars a year to pay executives to send emails, make calls or track payroll and billing. SMBs can take advantage of the same type of services by hiring virtual assistants.”

Smith recommends SMBs hire VAs who communicate the same their executives do, starting the search on platforms already in use. Whether by phone, email, text or video chat, if you do not enjoy communicating the same way the working relationship cannot survive, according to Smith.

“Communication is so important when working with a VA—whether to communicate tasks, projects or updates. VAs are essential to collaboration,” Smith says. “Tools like Asana, Trello and Slack are great for multiple updates per day and several people collaborating. It cuts emails received, status updates and helps automatically coordinate different time zones.”

You might think that cloud computing platforms only have uses in the for-profit world—if only at SMBs. Wrong. Small charitable non-governmental organizations (NGOs) also utilize the latest in corporate innovation, such as HR software. For example, Furniture Bank, a registered charity and social enterprise NGO that provides gently used furniture to former homeless and others getting back on their feet, utilizes TINYpulse HR software for unvarnished feedback about employee engagement.

“Since 2014, we've used TINYpulse to gauge employee happiness and keep transparency and communication high,” says Dan Kershaw, executive director, Furniture Bank. “Since we have such an important mission, keeping our workforce happy not only helps with productivity but also in recruiting, retention and employee recognition.”

With all the options available to mom-and-pop shops to get on the SaaS bandwagon, once there they need to stay secure. But lacking the security staff and expertise that larger enterprises can afford, what should they do?

According to Amitai, these SMBs should look for a cloud-based security platform that enables continuous risk monitoring of all individual devices, responds in real-time and protects against BYOD and IoT risks.