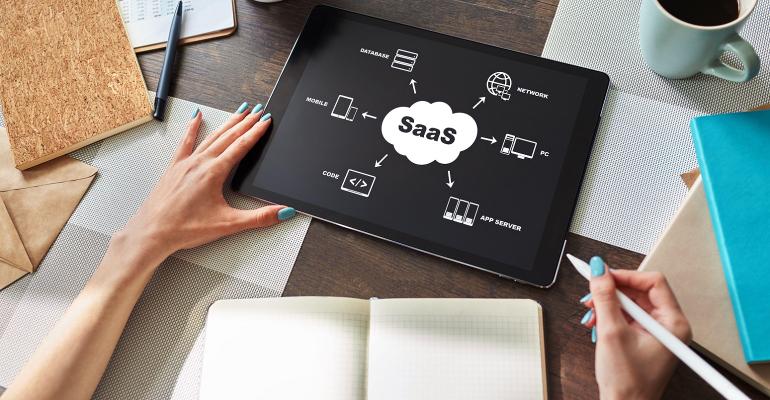 Despite increasing budgets, tech leaders are under pressure to reduce SaaS spend. Here's how they are doing it.

Business technology teams are finding budgets are increasing, while they are also being asked to cut software-as-a-service (SaaS) costs, boost productivity, and ensure that businesses are operating at maximum efficiency.

These were among the results of the 2022 State of Business Technology Report from Systematic+ and Workato, which found 57% of IT teams are under pressure to reduce SaaS spend.

More than eight in 10 (82%) teams reported they are facing higher expectations, and 44% of respondents said they are actively auditing their business's current processes to figure out where to save time and money.

Meanwhile, the portion of respondents' budgets going toward innovative software and process improvements is down 10% from last year.

Use of artificial intelligence (AI) and machine learning (ML) is a broad priority for companies right now, and a full three-quarters of survey respondents have already implemented AI/ML solutions.

While artificial intelligence AI has been top of mind for many years, the most surprising finding from this report is how in 2022 AI has become a universal priority, Carter Busse, CIO of Workato, found.

"This is not only for business technology teams but for the entire enterprise," he said. "To see 92% of respondents say AI is a priority shows that the technology has reached a point of maturity where it is delivering real impact for businesses."

He added that AI text and visuals have caught on in popular media and culture, but the use cases for businesses are broader, with value for customers, employees, partners, and other players.

How IT Leaders Are Reducing SaaS Spend

To meet the pressure to reduce SaaS spending, business technology leaders are:

When it comes to consolidating application usage — which 40% of respondents report doing — a major problem lies in the lack of awareness around all the applications a business is running.

"When the market fears a looming recession, the first reaction is to review and cut back," Busse said. "We have not had an economic downturn since SaaS took hold in the enterprise in the cloud revolution."

"The reason why companies have high SaaS costs is because they aren't combating SaaS sprawl."

However, with a recession looking more likely, companies are not scaling like they used to, budgets are being cut, and there's mounting pressure to create efficiency across the board.

"In this type of environment, SaaS spend is a natural first place to look — license costs can add up, and often the utilization is not worth the investment," he added.

In many cases, business IT leaders can do more to partner with finance and security teams.

"The reason why companies have high SaaS costs is because they aren't combating SaaS sprawl," Busse said. "Partnering with finance and security gives BT teams the power to control waste."

At the end of the day, finance wants to control spending across the business, and security's No. 1 priority is protecting company data, he added.

For years, Busse said, software has been seen as the silver bullet for solving challenges in companies.

He pointed out that coding custom software is expensive, so most companies bought hundreds or thousands of "off the shelf" applications to aid their workflows and strategies.

"The recent trend of low-code/no-code software development changes that," he said. "Before, it made no financial sense for the average company to pay developers to custom-code software for internal workflows."

Now, operations analysts and admins can build their own solutions with a no-code app tool or workflow builder, making many of the off-the-shelf, point-to-point software unnecessary.

Busse pointed out that even when the macro trend is toward consolidation and spend reduction, there is still a need to buy new software.

"Companies need to stay current — and IT leaders need to sift through the noise to help drive the most strategic impact for the organization," he said.

"In this way, IT is not competing with the needs of the organization, but rather stepping up as a strategic partner," he added.