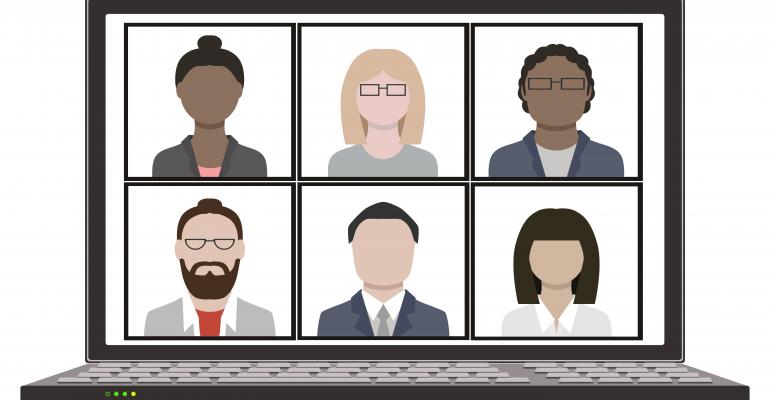 At Google I/O, Google announced a host of new capabilities for Google Workspace. This Google Workspace update, combined with features added during the last six months, make it easier for users to collaborate in context, much like they would using an enterprise social networking platform.They also provide many more reasons for shifting from Microsoft 365.

A significant new feature in Google Workspace is Google Smart Canvas, which provides a way to use a Google document as a living project workspace--in much the same way that an enterprise social network’s customized wiki capabilities allow teams to collaborate around content.

Google Smart Canvas gives users a way to interact around content beyond basic and familiar revision tracking and commenting. Google Smart Canvas is designed around more interactive embedded content, such as in document tasks and polling.

Combined with the @mention capability added last fall and more recent integration with Gmail, Google Smart Canvas enables teams to integrate informal tasks and approvals in documents. By informal, I mean that users have to be on top of their @mentions via email. Indeed, despite the updates, Google Workspace won’t function as an enterprise social network. It still lacks the type of hierarchical content framework found in solutions such as Jive’s.

One positive way Google Workspace differs from Jive and similar solutions is that the platform makes it considerably easier to collaborate with users outside a domain. For example, if a user @mentions a contractor or business partner on a separate domain--and the third-party user has access to the document and the @mention links to the user’s email address--that third-party user will get a notification.

Time to Shift from Microsoft Apps?

While I use Google Workspace applications daily, I have a hard time letting go of Microsoft Word, Excel and PowerPoint on the desktop. In part, the familiarity is comforting and I appreciate the incremental formatting capabilities in Microsoft’s apps. I also don’t care for the way Google has implemented certain features. But, now, with the new Google Workspace update, I find myself asking, “Could I live without Microsoft Word?” I probably could--the richer content capability in Google Workspace makes a case for breaking the habit of emailing .docx files around.

In a similar vein, Google’s new AppSheet has the potential to broaden Google Sheets’ horizons beyond the mundane spreadsheet to lightweight database backend. Now the more basic individual and team-driven applications don’t have to be built in Microsoft Access and stored on a shared network drive. In fact, one of the nicer features of AppSheet is its database support. You could use Sheets, Excel, Smartsheet, SQL or some other structured data platform.

Google has also demonstrated a couple of improved meeting experiences. In the fall, the company plans to launch a new meeting capability where meeting attendees will meet in a document, spreadsheet or presentation as part of Google Smart Canvas. That is, the meeting brings everyone directly into a shared document collaboration session where attendees also see their video feeds as tiles to the side of the content.

Adding the video certainly makes it easier to see how engaged team members are in a collaborative session. The real value here is that no one needs to present the content from their screen or have two applications open--one for viewing the video meeting and the other to work on the document. I like that it has the potential to eliminate the clunky screen sharing mechanics of Google Meet when sharing Sheets or Docs content. I won’t have to worry about which window I’m sharing if I have multiple applications open or see that annoying notification when switching to another open browser session.

Google also plans to enhance the meeting experience by applying AI to deal with background noise and video feed quality. In the demo Google showed, the camera automatically zoomed out when a participant sat too close to the camera. The demo also featured dynamic lighting adjustment.

Google is adding a new video meeting feature called Companion Mode, which splits single video meeting feeds into individual feeds when more than one person appears on that feed. For example, if three people join a video meeting from a single conference room while everyone else joins from their desks or remote locations, Google Meet will split the video feed from the conference room into three separate tiles. That way, everyone gets the same level of focus.

Conceptually, this gives all workers a comparable experience, regardless of how their companies return people to the office in the coming months. (As an aside, the three people in the conference demo were wearing masks. All I could think of when watching that part of the demo was, “Please let us not have to wear masks in a conference room when Google makes this feature available.”)