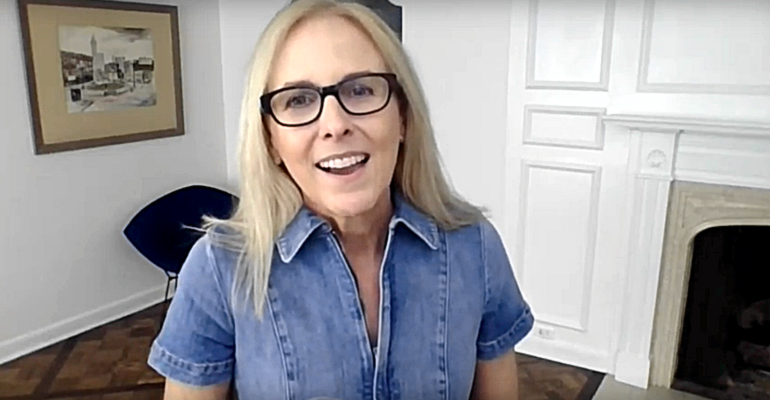 Twenty-five years after JavaScript was created, it is continuing to move forward, thanks in part to the guidance of the OpenJS Foundation.

At the OpenJS World virtual conference this week, leaders in the JavaScript community discussed the latest trends and direction for the open source programming language and the growing list of projects that surround it.

"JavaScript is now the top-ranked programming language in the world, and you know many people are surprised to learn that over 96% of the world's websites depend on JavaScript," Robin Bender Ginn (pictured), executive director of the OpenJS Foundation, said in a keynote address. "So most people are using JavaScript whether they know it or not."

"The OpenJS Foundation is here to be the neutral home to grow JavaScript," Ginn said. "We were created by the merger of the Node.js and the JS foundations about a year ago, and I like to say that we're new, but we've taken the best of both worlds and adopted what works."

The goal of the OpenJS Foundation is to promote the adoption and continued development of key JavaScript technologies, according to Ginn. The foundation has more than 30 open source JavaScript projects under its umbrella, including Node.js, jQuery and Dojo, among others.

New projects can enter the OpenJS Foundation via an incubation process. Ginn explained that new project on-boarding includes the adoption of the OpenJS code of conduct and transfer of intellectual property, as well as updating governance.

AMP is a JavaScript web component framework that helps developers build websites that are optimized for mobile delivery. It was originally developed by Google and became an incubation project at the OpenJS Foundation in October 2019.

"We want to make AMP the most cost-effective and simplest solution for publishers to create a great page experience," Malte Ubl, principal engineer at Google, said during an OpenJS session.

"You may already be using Electron in your day-to-day life—for example, if you're using Slack to collaborate with your colleagues or if you're using VS code as your IDE," Keeley Hammond, senior software engineer at InVision and contributor to the Electron project, said during an OpenJS session.

The OpenJS Foundation is an umbrella organization, with a stated goal of providing a governance model that is designed to give a strong voice to the constituent projects, Ginn said.

She noted that each project has its own technical steering committee and a variety of business and community working teams to manage it. Then, at the foundation level, there is a board of directors that sets out the overall direction and works with a project council that provides a centralized technical advisory and moderation team, Ginn said.

"We want all of our projects to operate independently, while at the same time at the foundation level we can remove some friction to allow you to work more quickly and work more quickly with the community," she said.

Ginn also emphasized the big difference between simply hosting an open source project on GitHub and being part of a group like the OpenJS Foundation. For growth and broader contributions to occur, there's a need for proper governance, and that often means not having a single company in control, she said.

"A foundation is a way to ensure that the future direction of the project has really developed in a community way," Ginn said.