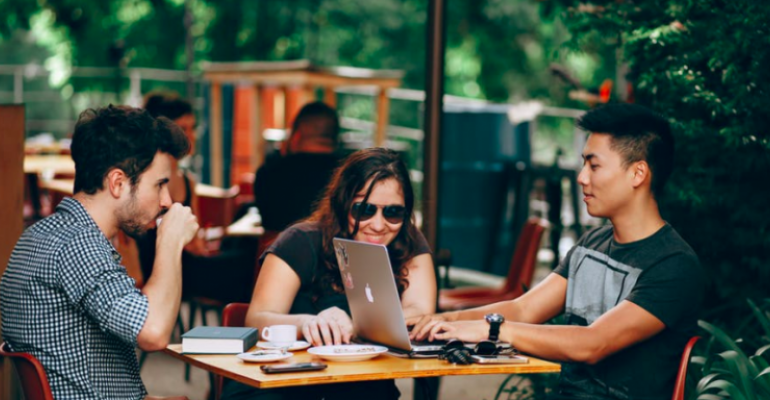 What do kids these days know about open source software? Surprisingly little, in my experience. When I talk to young programmers or programmers-in-training about topics like Linux, the history of Unix or open source business models, many seem quite unaware of everything that has happened over the past several decades to make open source so pervasive today.

Let me explain what I mean, and why it matters for understanding the role that open source software will play in the future of computing.

I talk to young people--by which I mean folks who are mostly in their late teens or early twenties, which makes them young compared to me--about open source quite a bit these days because I am teaching an undergraduate course about open source history and culture at an engineering university. Many (though not all) of the students in the class are majoring in computer science or related disciplines.

What has struck me most so far in the course is how little most of these students know about open source software. When I ask about topics like how Netscape turned into Firefox, who Richard Stallman is or why the GPL is important, I mostly receive blank stares.

Even fewer students are active users of open source software. (By “active users,” I mean people who consciously use open source and know they are using open source, as opposed to people who use open source without realizing it.) Of the 20 or so students in the class, just one uses Linux on a regular basis. Another told me he tried Linux for a while but gave up because the coding tools he needed ran only on Windows.

Why do I find all of this so surprising? It’s not because I think every millennial or post-millennial should be well versed in the history of open source or an expert Linux admin. It’s unrealistic to expect all of these students to be intimately familiar with events that took place before they were born, or to use desktop Linux, which arguably started going out of style more than 15 years ago.

Still, what I find remarkable is that almost all of my students had zero knowledge of open source software, history or culture when they enrolled. It’s not as if they were somewhat aware of the open source scene, and just hadn’t chosen to immerse themselves in it. It’s that they did not even seem to know that open source is a thing, despite being, for the most part, very interested in computers and technology writ large.

I find millennials’ and post-millennials' apparent lack of understanding of, and passion for, open source to be interesting for two reasons.

The first is simply that it’s deeply ironic: We live in a world where open source is so pervasive that many of these students couldn’t survive without it. Their Web browsers, IDEs, programming languages and more are, more often than not, open source. Yet virtually none of them seem to realize that fact, or understand why being open source makes the tools different--in technical, political, economic and cultural ways--from closed-source software.

The second reason why I find ignorance of open source among young programmers notable is that it reflects, I think, a major shift in the role of open source software within the IT landscape over the past decade. Until the mid-2000s, open source represented innovative thinking, a challenge to the status quo and a commitment to transparency that cut against the grain of most commercial software interests. At the time, open source companies were still the exception rather than the rule, and few people would have predicted that Microsoft would one day be building its own Linux distribution (kinda sorta) or buying the world’s biggest platform for open source code.

Then, around 2010, a big shift happened. Open source went mainstream. Many of the biggest new platforms that were rolling out, such as Hadoop and Docker, were open source from the start. Within a few years, analysts declared open source the “default” approach to software development.

Even before that, open source had some big successes and was widely used. Open source companies like Red Hat were well established before 2010, and certain open source tools, such as Firefox, became popular earlier. But what shifted around 2010 was that everyone started jumping on the open source bandwagon--which is how we ended up in a world where, again, even Microsoft is now heavily involved in open source.

This massive success of open source in the marketplace had a downside for open source communities, however. As open source become the go-to approach to software development for companies everywhere, open source also lost some of its power. The companies that embraced open source did so because they believed it would provide business advantages, not because they were deeply committed to anything Richard Stallman had said (I know, he hates the term “open source,” but I’m not going to go there in this article), or because they lived and died by the GPL, or necessarily thought that many eyeballs make all bugs shallow.

By 2017, it became plausible to argue that open source has become more of a marketing strategy than anything else.

Against this backdrop, it makes more sense to me that few young people in IT today care much about open source. Simply put, open source no longer means what it once did. It’s something that companies do to make money, and it’s so pervasive that it’s easy to take for granted.

Does this mean that, in a generation’s time, the original meaning of open source will have been completely forgotten? I hate to sound like a glooming-and-dooming fuddy-duddy, but I don’t think the future looks bright for open source as a principled idea.

Without Open Source, There Would Be No DevOps Methodology
Apr 04, 2018