/sites/all/themes/penton_subtheme_itprotoday/images/logos/footer.png
Recent
Recent
A Beginner's Guide to GitHub: What You Need To Know
Dec 02, 2022
Systemic Risk Threatens Every Organization
Dec 02, 2022
All I Want For Christmas Is an Accessibility Expert
Dec 02, 2022
One Year After Log4Shell, Most Firms Are Still Exposed to Attack
Dec 01, 2022
Featured
5 Multi-cloud Security Challenges You Can Avoid
Nov 14, 2022
Windows 11 Migration Guide: 4 Best Practices When Upgrading
Oct 21, 2022
Report: Disaster Recovery and Business Continuity In Action
Oct 19, 2022
Do Programmers Still Need to Have Linux Skills?
Oct 18, 2022
Comparison 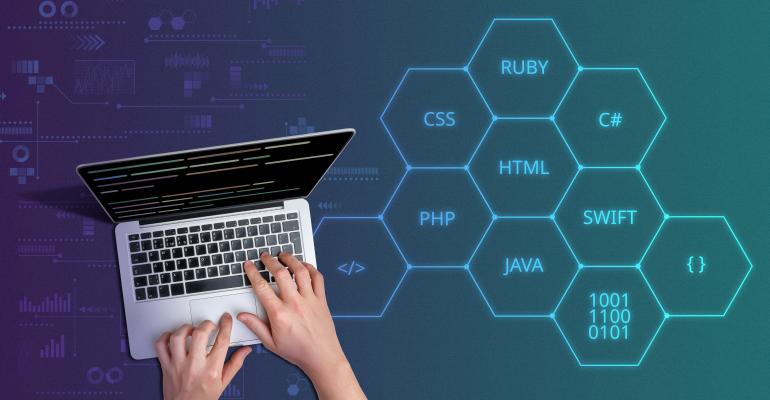 ITPro Today compares nine programming languages across 11 categories that modern developers should consider when choosing the language that best suits their needs.

That's an impossible question to answer, of course, because what's "best" depends on what app you're building, where you're building it, and where it needs to run — not to mention what your preferences and priorities are.

The best modern programming language for creating a mobile app for iPhones is probably going to be different from the best language for building a data analytics app that you deploy in the public cloud. Likewise, if performance is your top concern, you'll likely want a different language than you would if ease of use matters most.

Keep reading for an overview of what you'll find in our 2022 programming language guide, and why we designed it as we did.

In creating the guide, we had to make hard choices about which programming language features matter most to modern developers — meaning those working in a world defined by DevOps, CI/CD, the cloud, and microservices architectures.

We decided to focus on the following factors:

To be sure, there are plenty of considerations beyond these that programmers might care about when selecting a programming language. But we thought these were the most straightforward characteristics to consider.

What About Programming Language Security?

If you're wondering why we didn't include a category related to the security of each language, it's because programming language security is such a broad topic that it's hard to summarize fairly.

There are so many ways to exploit software, and so many mistakes developers could make (not just within code, but also when creating and deploying packages, defining dependencies, and so on) to introduce vulnerabilities, that it didn't seem fair to slap a generic label on each language from a security perspective. Plus, in general, none of the languages we evaluated offers special security features, so there wouldn't have been a lot to compare on the security front. (This category may have been more relevant if we had evaluated languages like Rust, but we didn't because they aren't among the very most popular languages today.)

Why Didn't You Include My Favorite Programming Language?

Admittedly, the nine languages we chose to evaluate represent only the tip of the iceberg when it comes to the languages available to modern developers. There are lots of great languages — like Rust, Ruby, and Perl, to name just a few — that we skipped.

The reason why is that we couldn't consider every language in the world, so we chose what we think are the most important languages. By "important" we mean mostly the top 15 languages according to the TIOBE Index, minus those (like SQL) that are restricted to specific use cases, or those (like Objective-C) that are too similar in purpose to languages we did evaluate (like Swift).

Check Out the Full Guide!

If you want complete details on how today's most popular programming languages compare across the categories that matter most for modern developers (according to us, at least), download our free 2022 Guide to Modern Programming Languages.