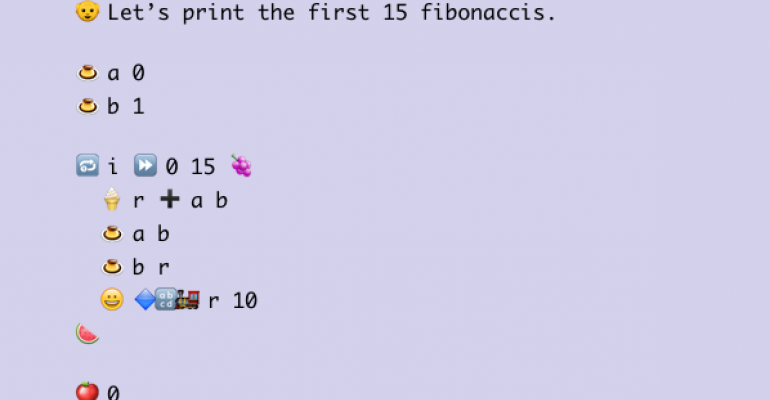 There are a lot of novelty programming languages out there. Emojicode might be the perfect one for coding on the go.

Move over, Swift: There's a new programming language hoping to woo developers with its speed, portability, and a slightly more colorful take on the for loop.

Emojicode, a new, already open-sourced programming language, basically offers what it promises on the tin: A way to program using emoji.

Emojicode boasts that its Real Time Engine is several times faster than common virtual machines, and the parse is just 100 kilobytes. And since binaries run on the Real-Time Engine, they're naturally cross-platform out of the box.

We have a hard time seeing it replacing .NET anytime soon, but a fun concept to play around with nonetheless. What other novelty programming languages have you come across?