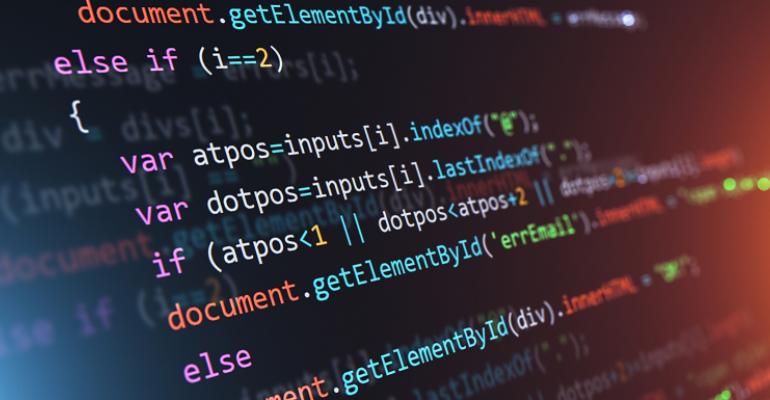 JavaScript is still one of the most widely used programming languages. How has it been able to continue its popularity, and where will it be 25 years from now?

Look at any report or measurement of the world's most popular programming languages, and more often than not, JavaScript is at or near the top of the list.

"That (trademarked) name is 25 today. The birthday was in May, already celebrated," Eich wrote in a Twitter message on Dec. 4. "I'm torn, as JS name was a big fat marketing scam!"

JavaScript Is No Longer Just About the Browser

Over the last 25 years, JavaScript has grown from being just a programming language for a web browser to enabling all manner of server-side applications as well.

Among the places where JavaScript dominates is on the GitHub source code repository. JavaScript is the most widely used language on GitHub — and has been for several years.

"JavaScript just turned 25, so it has been on the scene for several years, making it a great option for developers," Nicole Forsgren, vice president of research and strategy at GitHub, told ITPro Today. "It’s also a very flexible language: Developers can use it for both client-side and server-side coding for their web applications."

Back in 1995, delivering all types of applications over the web with a browser interface was not the norm, but it is today. Ben Vinegar, vice president of engineering at application monitoring company Sentry, said the JavaScript programming language has always been attractive to learn because it's the only way to deliver complex user experiences in the browser, which continues to be the most ubiquitous “app platform” available. Modern JavaScript, however, is about more than just the browser, as it's useful for developing on every computing device, be it mobile with technologies like React Native, desktop with the Electron, or server and serverless platforms with the Node.js framework, he said.

"No other programming language has reached this near-universal level of ubiquity," Vinegar said.

Why JavaScript Is an Attractive Language for Developers

Another reason why JavaScript has been attractive to developers is its ease of access.

Pluralsight JavaScript course author Nate Taylor told ITPro Today that new programmers can use various online tools or even their browser's console window to test out bits of JavaScript. This allows them to try out JavaScript without needing to set up an entire infrastructure just to write a simple script.

"Additionally, the community around JavaScript makes it appealing as well," Taylor said. "There are millions of JavaScript packages that can help developers solve problems easily."

The Role of Frameworks

Modern JavaScript isn't just about the language itself, but also about the frameworks that help make it easier to run and deploy. Among the most widely used JavaScript frameworks is Node.js, which is now an open-source project under the OpenJS Foundation.

In Ginn's view, the widespread enterprise adoption of Node.js has created a snowball effect, validating Node.js across the industry and certainly playing a role in its popularity and continued development.

"This adoption, plus the diversity of frameworks offered, makes JavaScript a sure bet for continued development," she said.

The Node.js community is actively collaborating on the strategic directions for the next 10 years of Node.js, with the planning being done openly on GitHub nodejs / next-10, Ginn said.

"JavaScript has become the lingua franca in tech, and as a result, there are more JavaScript developers in the ecosystem building our economy today," she said.

Ginn noted that developers continue to iterate and adapt the JavaScript programming language for the web, mobile, cloud, AI and even the desktop.

"Continuing this transformation through open-source collaboration at the OpenJS Foundation and through our support of open standards gives me confidence that the next generation will be celebrating the golden anniversary of JavaScript in 2045," she said.