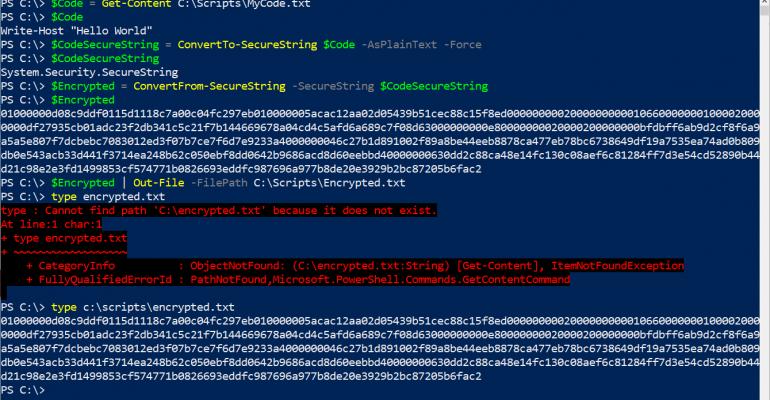 How to Encrypt PowerShell Scripts

There is inevitably a certain amount of risk that comes from having a collection of PowerShell scripts stored on your network. For instance, an attacker could analyze one of your scripts to gain insight into your organization’s IT infrastructure. Similarly, an attacker (or even a well-intentioned IT staff member within your company) could make a modification to an existing script that causes general problems.

A way to potentially mitigate these risks is to create encrypted PowerShell scripts. An encrypted script requires significantly more effort to read or modify than a plain text script.

Related: How To Use Automatic PowerShell Transcription

In this article, I will show you how to build such a script.

Part One: Encrypt the Original Script

The first step in building an encrypted PowerShell script is to write an plain text version of the script. Once you have the script ready, make sure to test it thoroughly and then rename the script file so that it has a .TXT file extension. In Figure 1, I have created a simple “Hello World” script, saved as a text file named MyCode.txt. 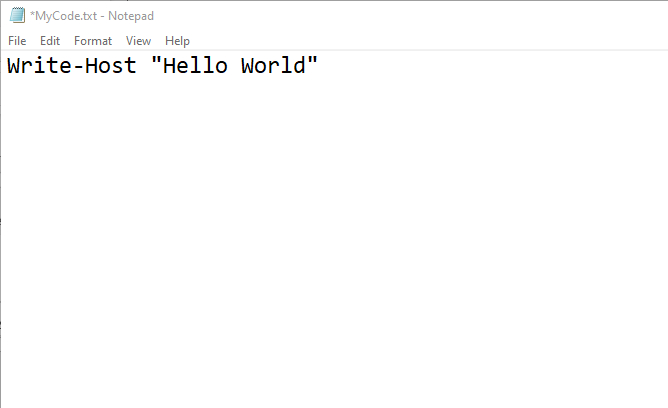 I have created a simple PowerShell script and saved it as a text file.

You will need to read your text file into PowerShell, encrypt the file’s contents, and write those encrypted contents to a file. Here are some commands for reading, encrypting, and outputting the code that is presently contained within the text file:

In this block of code, we create a variable called $Code that contains the unencrypted contents of the text file. Next, we convert the script file into a secure string and store its contents in a variable called $CodeSecureString. At this point, we are essentially treating the text file like a plain text password. The third line of code converts the secure string data into an encrypted value. Finally, in the last line of code, we write the encrypted data out to a text file called Encrypted.txt. 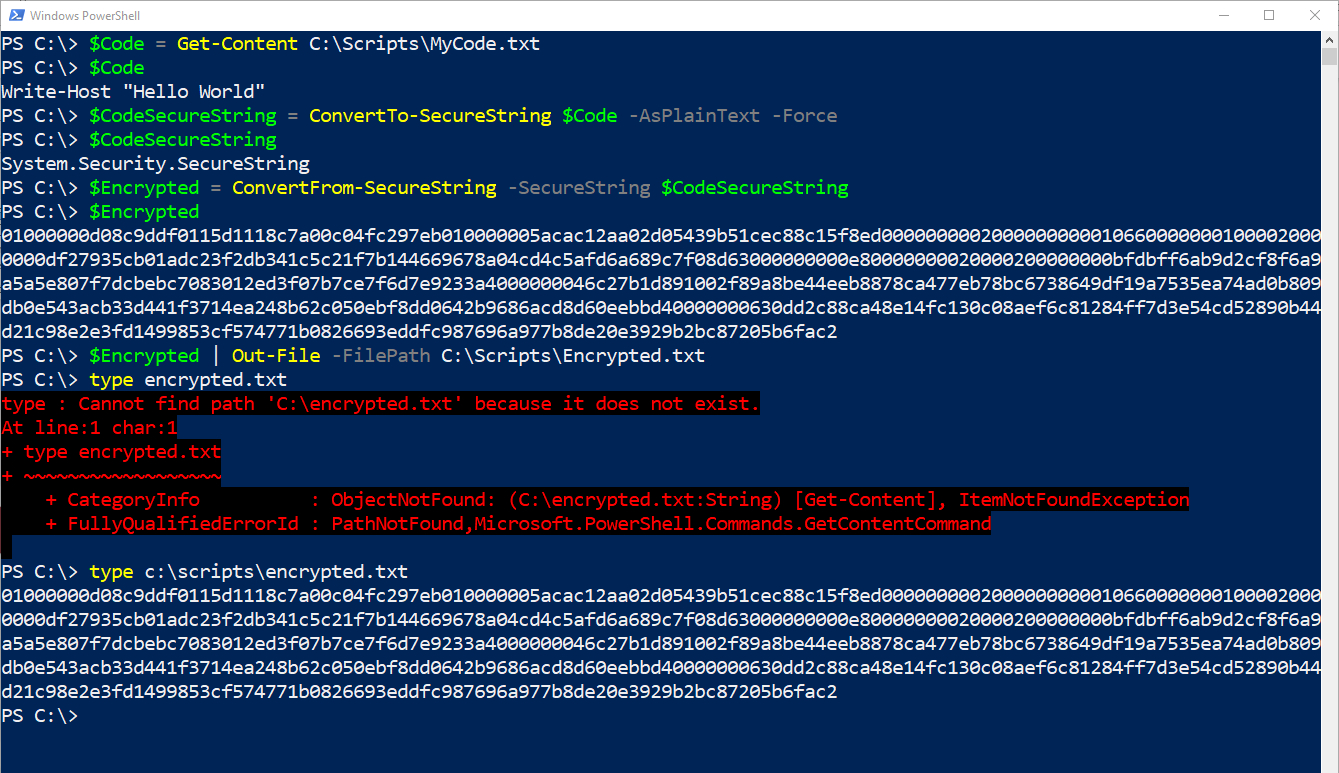 I have encrypted the contents of my original text file.

Here is the code:

In Figure 3, I have manually entered the instructions listed above. In doing so, I have also output the contents of the $Decrypt and $Code variables so that you can observe how the decryption process works.

The encrypted code has been decrypted.

The bottom line is that all the code shown in the example above can be embedded into a PowerShell script and used as is. The encryption makes it nearly impossible to tell what the script is designed to do without actually running the script. It also prevents anyone from making modifications to the script, as any unauthorized modification would corrupt the encrypted string.

Before I conclude this article, there are two things that I want to quickly mention.

First, the example that I used above involved a really simple script. If you were trying to encrypt a longer, more complex script, then you might have to set up a loop to read and execute the decrypted instructions one at a time -- rather than try to execute the whole thing with a single Invoke-Expression statement.

The second thing is that you can use this same technique to decrypt secure password files created by PowerShell (using Get-Credential). As such, because password files can be decrypted, it is always important to remember they need to be stored in a secure location.