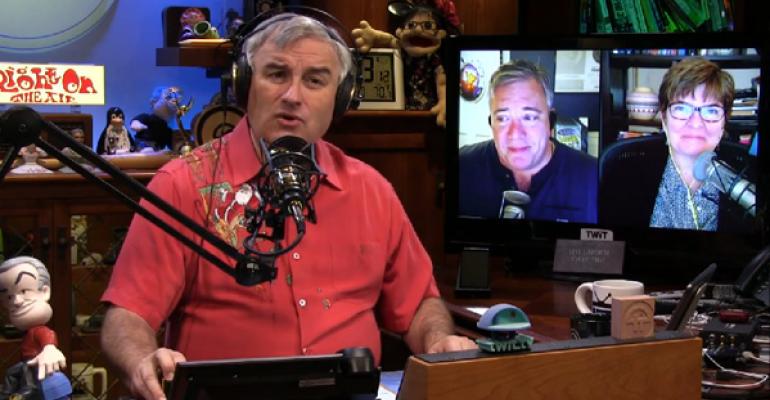 In the latest episode of Windows Weekly, Leo Laporte, Mary Jo Foley and I discuss Microsoft's dramatic opening up of .NET and Visual Studio, Mary Jo's crisis of confidence in Windows, a new build of the Windows Technical Preview, the Lumia 535, Office Sway and Clutter for Office 365, and the Work & Play Bundle.

Tip of the week: Get the Windows 8.1 install media

This one is all good news. Not only can you download it to USB or ISO, but it works with Windows 8.0 keys and has Update 1 and Update 2 integrated!

Software pick of the week: Microsoft Band Sync App for Windows and Mac

The Microsoft Band Sync App for Windows and Mac is not the same as the Microsoft Health app for Android, iOS and Windows Phone.

Enterprise pick of the week: Skype and Lync to get video federation

You don't have to wait till 2015 to get it. MS to update Skype client w. video federation with Lync in December: http://www.zdnet.com/microsoft-rebrands-lync-as-skype-for-business-readies-2015-releases-7000035665/

Codename pick of the week: Project K (the other one)

ASP.NET 5 was codenamed Project K -- as was the MS fitness band. But there was some method behind the ASP.NET K madness.

A British beer pick (for a change): A nice, lemony pale ale: http://adnams.co.uk/beer/our-beers/adnams-ghost-ship/