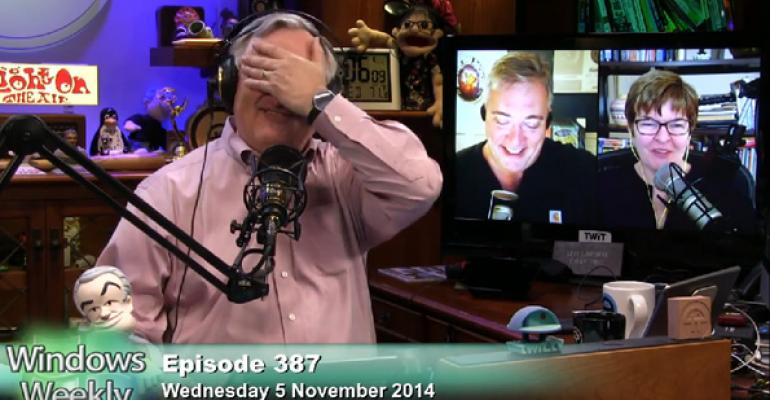 On the latest episode of Windows Weekly, Leo Laporte, Mary Jo Foley and I discuss Microsoft Band, an Office partnership with Dropbox, Surface Pro 3 and government sales, some Windows Phone news, Xamarin is free for students, and an important second holiday season for Xbox One.

Tip of the week: Get a Roku

Recent additions--Miracast support and Google Play app--make this a no brainer for anyone but the most devout Apple fan.

Software pick of the week: Outlook for Mac (2014 update)

It's just a visual spit shine, but also a nice peek--with OneNote--at the next Mac Office.

Enterprise pick of the week: Per-user licensing is coming to Windows for enterprise customers!!

It's a big messy change that ultimately is supposed to make things simpler. But it's also how we should think about Windows "subscriptions" going forward: http://www.zdnet.com/microsoft-to-make-per-user-windows-licensing-available-to-enterprise-customers-7000035401/

Beer pick of the week: Stone Lukcy Basartd (no that's not a typo)

A delicious mix of the Bastards (Arrogant, Oak Arrogant and Double Bastard). It's an American Strong Ale, clocking in at 8.5%: http://www.stonebrewing.com/lukcybasartd/

Audible pick of the week: Psycho

Psycho by Robert Bloch and narrated by Paul Michael Garcia