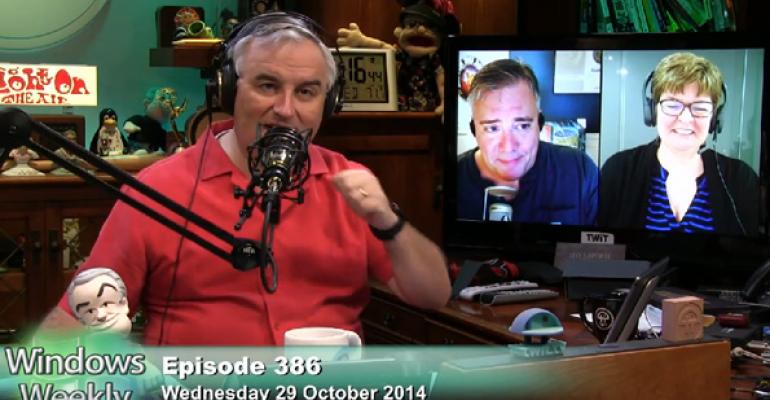 The one where Mary Jo is in Barcelona

In the latest episode of Windows Weekly, Leo Laporte, Mary Jo Foley and I discuss Mary Jo' experiences at TechEd Europe 2014, Microsoft's stunning offer of unlimited OneDrive storage for all Office 365 subscribers, why Windows 10 is the most audacious release in the history of the platform, yet another Surface Pro 3 Wi-Fi fix, Office 16 is coming in 2015, Windows Phone usage stats, and a temporary $50 price cut for the Xbox One.

Software pick(s) of the week: OneDrive for Windows Phone and Android

OneDrive for Windows Phone and OneDrive for Android were both updated. Here's what's new.

Plus: OneNote for Mac and iOS is updated

Plus: Fitbit for Windows Phone in a major update that adds background sync an Cortana integration

Codename pick of the week: Athens

Quad brewed by the last active brewery in Bruges: http://www.ratebeer.com/beer/straffe-hendrik-brugs-quadrupel/130335/