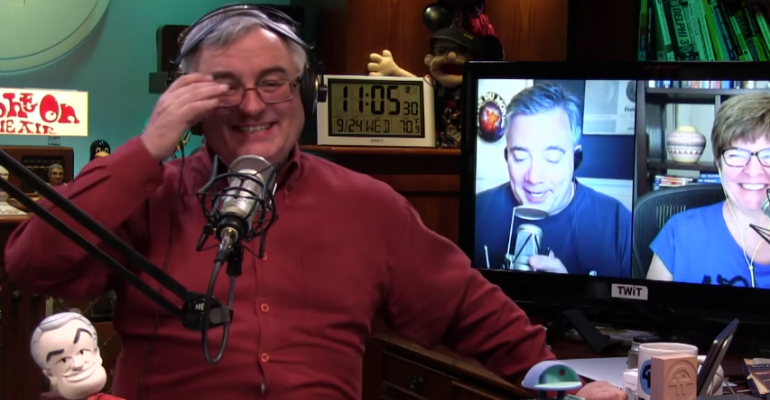 The one where we beat Miracast to death

In the latest episode of Windows Weekly, Leo Laporte, Mary Jo Foley and I discuss our trip next week to San Francisco, which Windows devices are the most popular, some new Windows Phones from BLU, iPhone 6 vs. Windows Phone, Microsoft's multiple wireless dongles, the Windows 7 life cycle countdown, Microsoft layoffs, Office 16, and Xbox One. Oh, and Microsoft's multiple wireless dongles. We talk about that again too.

Tip of the week: Understand the difference between ....

Software pick of the week: Valiant Hearts: The Great War for Xbox One, Xbox 360 and Windows PCs

This puzzle adventure game is beautiful and helps you learn about the history of World War I. It's also a lot easier than a game like Machinima, so you can keep playing without getting frustrated.

Enterprise pick of the week: How to migrate off Windows Server 2003

Microsoft has a three-part Win Server & Cloud blog post series on how users still on WS 2003 can move to a more recent release -- timely, given 30% of users are still running WS 2003 and MS will stop patching it in July (2015). Part 1 is here: http://blogs.technet.com/b/server-cloud/archive/2014/08/26/best-practices-for-windows-server-2003-end-of-support-migration.aspx. Part 3 just went up this week: http://blogs.technet.com/b/server-cloud/archive/2014/09/23/best-practices-for-windows-server-2003-end-of-support-migration-part-3.aspx

Codename pick of the week: Electra

The Microsoft Dynamics codename parade continues. MS announced officially that Vega, the next release of Dynamics CRM is coming in Q4. Electra, the next version of MS Dynamics Marketing, also will be released alongside that.  http://www.zdnet.com/microsoft-dynamics-crm-2015-aims-to-break-down-sales-marketing-silos-7000033929/

One of a growing crop of really nicely hopped IPAs that come in at a relatively low alcohol level. Sessionable! http://www.beeradvocate.com/beer/profile/2097/82933/