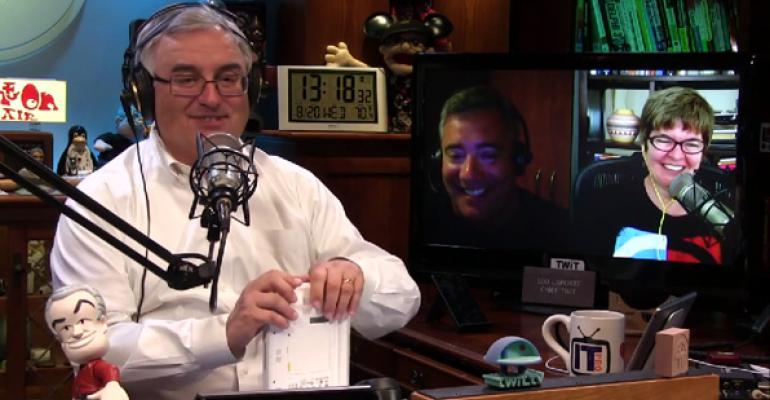 Windows Weekly 376: Take Back Your Roubles

The one where the Internet actually works in Barcelona

In the latest episode of Windows Weekly, Leo Laporte, Mary Jo Foley and I discuss the Threshold technical preview, this month's Patch Tuesday disaster, a second Windows IoT preview for developers, the new HTC One M8 for Windows, the vast Apple-wing conspiracy that is keeping Windows Phone down, an update for Windows Phone 8.1.1, a new Surface Pro 3 firmware update, a $200 Windows laptop, OneNote updates, and Steve Ballmer steps down from the Microsoft board.

Tip of the week: Unlock your phone, reconsider your wireless carrier

In the US, we're mostly locked into two-year plans at big carriers. This might not be the best option. In fact, it is almost certainly not the best option. Travel internationally a lot? You have some good options there too.

Software pick of the week: ProShot for Windows Phone 8.x

I previously recommended this app, but it is temporarily free this week. So no more excuses!

Enterprise pick of the week: BizTalk

A tidbit on what's next for BizTalk, Microsoft's integration server and services

Name pick of the week: TechEd's successor to get a new name

A very nice saison/farmhouse from the folks in Paso Robles: http://www.ratebeer.com/beer/firestone-walker-opal/254211/