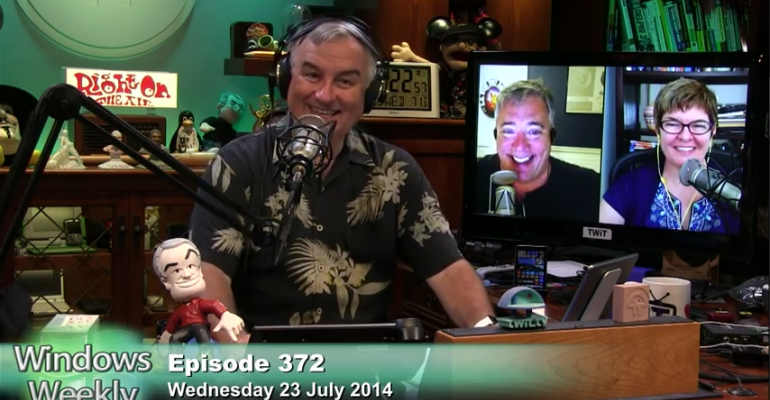 The one where we list Microsoft's recent communication gaffs

Tip of the week: Get a Windows Phone with "soft keys" next time around

In relaxing the Windows Phone hardware maker guidelines to allow for "soft keys" (really soft buttons) for Back, Start and Search, Microsoft has inadvertently solved one of Windows Phone's biggest problems. Back story: Windows Phone 8.1 Tip: Manage the Navigation Bar

Software pick of the week: WizTree for Windows

Want to find out what's taking up so much space on your PC's hard drive.This is the fastest way. And it's free.

Software pick of the week #2: ProShot for Windows Phone 8/8.1

ProShot for Windows Phone solves big problems with Windows Phone's other Camera apps. But you need to spend a bit of time configuring it for optimal use. Why pay $2 for a camera app replacement? It's fast. And it excels at night shots (when configured correctly).

Plus: Uber for Windows Phone

One of the announcements from the Partner Conference that didn't get a ton of play. Machine learning preview is open. On day 1, over 1,000 users had provisioned roughly 1,300 modeling workspaces on Azure ML, and these new users had built and run over 2,000 experiments and deployed over 50 ML web services on Azure.  Worth a bookmark: Microsoft's Machine Learning blog at http://blogs.technet.com/b/machinelearning/

Codename pick of the week: OneCore

There is an internal MS name for the shared Windows stuff (that starts with the NT core but goes beyond it). It's OneCore

Looking for the perfect, non-hoppy Belgian? This is it. A great Belgian white/Hefeweizen/whatever.