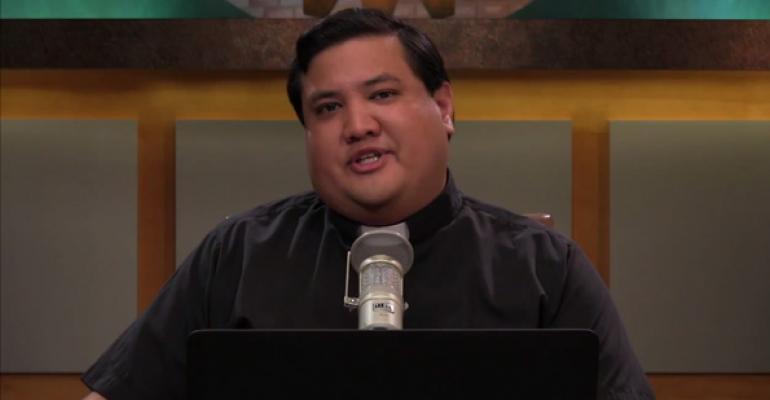 The one where the Padre co-hosts!

In the latest episode of Windows Weekly, Robert "Padre" Ballecer, Mary Jo Foley and I discuss Microsoft wearables, new information about Windows Threshold and how we get there, the Nokiasoft branding challenge, Outlook.com and OneDrive improvements, and much, much more.

Tip of the week: Give your Surface Pro 3 a sleep study!

And then get it a CPAP: Something is wrong.

Software pick of the week: Bing Rewards for Windows Phone 8/8.1

Bing Rewards for Windows Phone rewards you for doing something you may already do.

Plus: Skype for Windows Phone 8.1 picks up Cortana support

Plus: Scribd for Windows was just released

One year from this month, extended support for WS 2003 ends. It's past time to make the move

Rumor of the week: Founder of Couchbase joins Microsoft

Beer pick of the week: Off Color Brewing Troublesome

Nothing says summer like a salty, slightly funky gose (from Chicago): http://www.offcolorbrewing.com/beer/