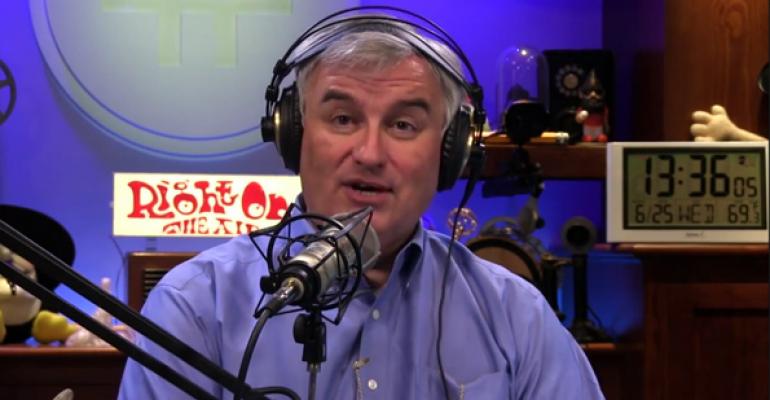 In the latest episode of Windows Weekly, Leo Laporte, Mary Jo Foley and I discuss Google's IO announcements and their impact on Microsoft, the first week of Surface Pro 3, OneDrive improves and triggers new round of cloud storage wars, some Office 365 troubles, and a new Nokia X2 phone.

Tip of the week: Backup All of Your Smart Phone Photos to OneDrive

Not just Windows Phone (and Windows) but also Android, iPhone and iPad too!

Tip of the week #2: Choose which version of OneNote to launch with Surface Pro 3's Pen

When Microsoft first launched Surface Pro 3, it touted some interesting integration features between Surface Pen and the Modern version of OneNote. But some reviewers wondered about using OneNote desktop instead, so Microsoft promised a way to configure that. With Surface Pro 3 now arriving in stores, the firm has come through on that promise, and you can now choose between OneNote Modern and OneNote for desktop. Here's how.

Vivino Wine Scanner is sort of like Untappd, but for wine. More important: It does a decent job of scanning wine bottle labels and finding the exact wine you're drinking.

Enterprise pick of the week: Office 365 for business gets a roadmap

And a dogfooding program, as promised. It's a start toward more transparency

Rumor smash: No, Virginia, there is no Update 3 for Windows 8.1

There is not going to be a third update to Windows 8.1. No matter who says it and what you read, not happening. Update 2 is August (and quite small). Then expect test build of Threshold, followed by Theshold in spring 2015

An IPA that I find to be substantially tastier in the bottle than on tap: http://www.beeradvocate.com/beer/profile/287/1093/